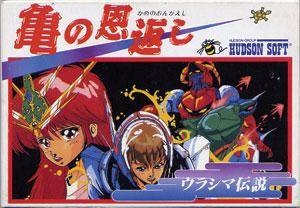 In the year 2777 nuclear war and natural disasters have long since devastated the earth. Only five sparsely inhabited worlds survive to form a single nation, XEXYZ, where mankind lives peacefully under the rule of good King Xeu Star. But one day XEXYZ is attacked! From deepest space comes GORUZA, a mighty fortress of bizarre and vicious mechanical beasts. XEXYZ is defensless against the assault. All hope is dead. Until, at last, Space Warrior Apollo decides he can no longer endure his people's suffering. In full battle gear, he challenges the robotic monsters of GORUZA and their cruel empire, vowing to destroy them and to free XEXYZ from its terrible fate!