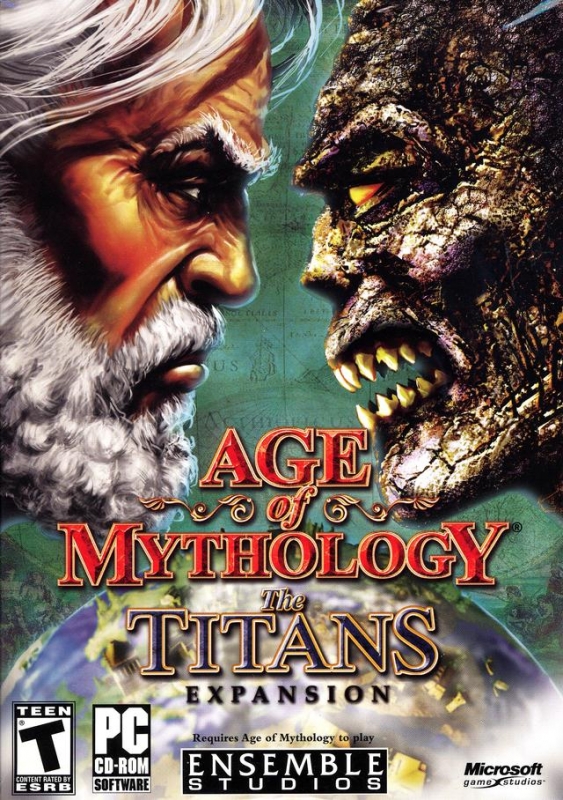 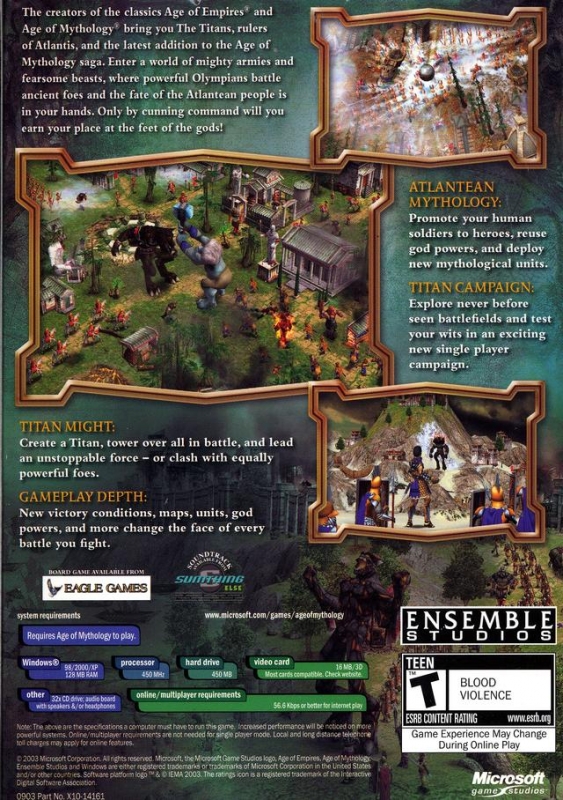 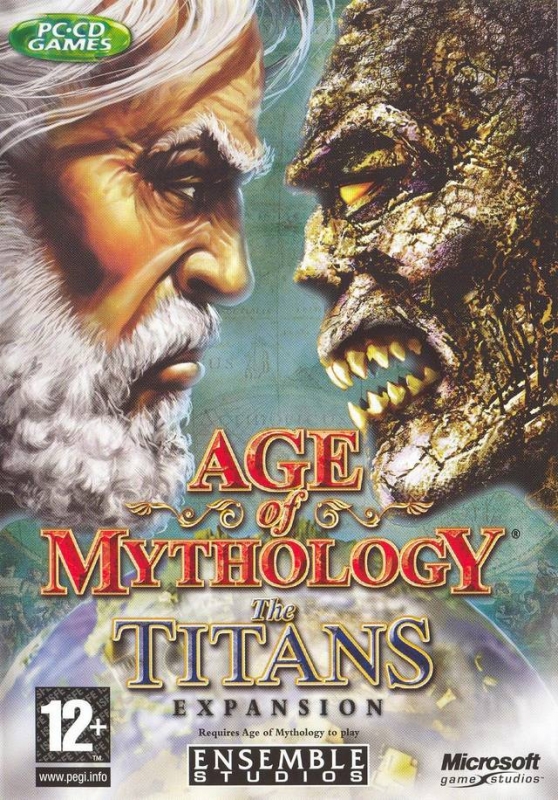 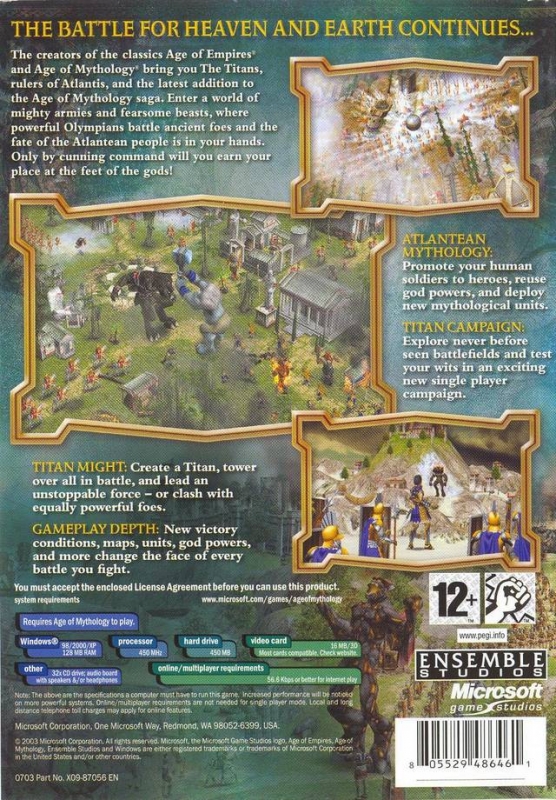 Age of Mythology: The Titans (PC)

Age of Mythology: The Titans adds a fourth mythology, the Atlanteans, to the existing Greek, Egyptian and Norse mythologies in Age of Mythology. A new single-player campaign adds yet another chapter to the expansive panoply of ancient folklore along with the addition of new scenarios. Atlantean players are able to call upon the might of the Titan gods (such as Atlas and Cronus) multiple times throughout the game, and may also upgrade human units to heroes. The expansion pack introduces 12 new god powers, 15 new human units and 12 formidable myth units to the game.