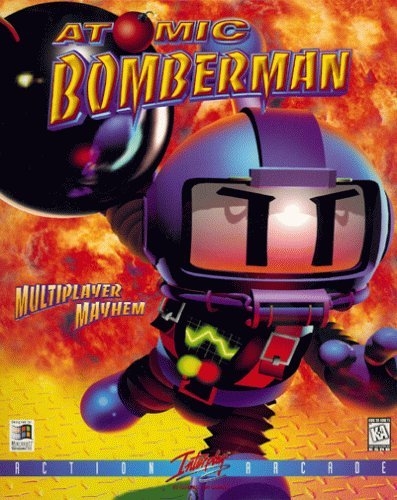 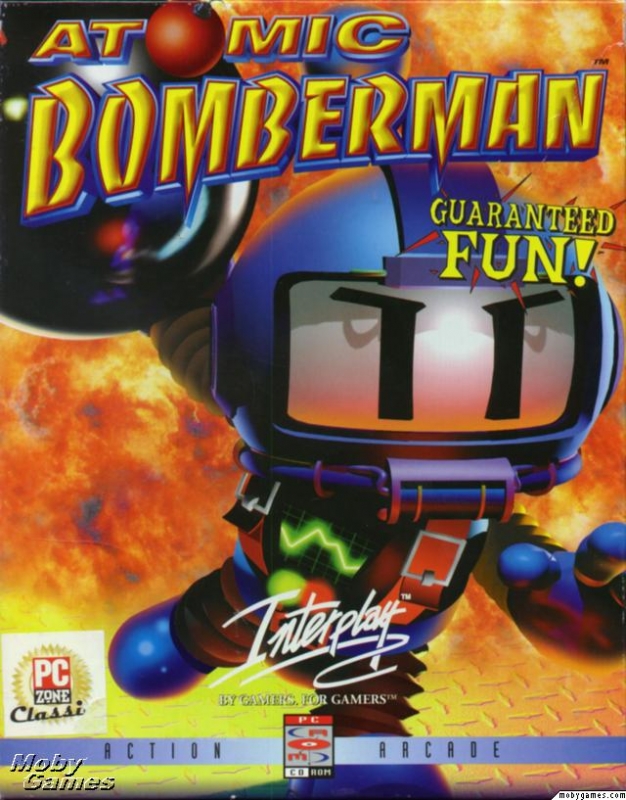 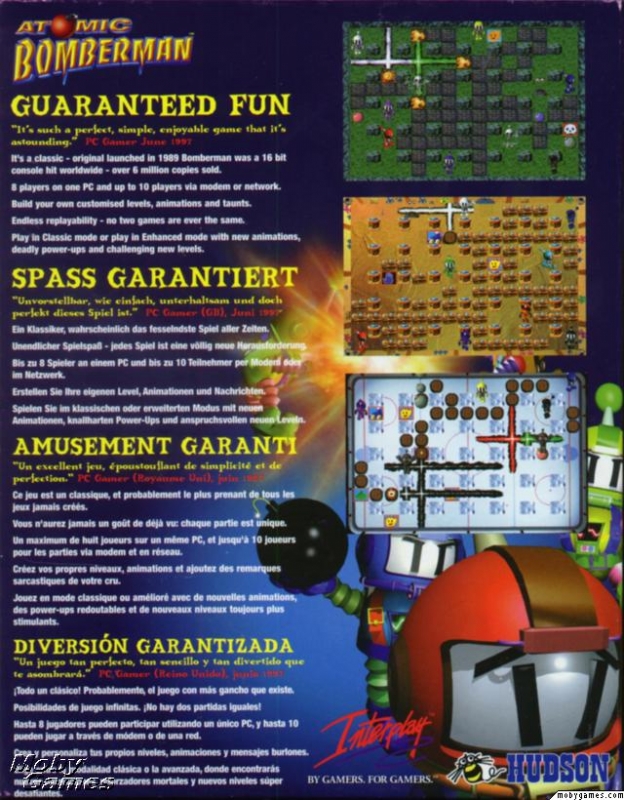 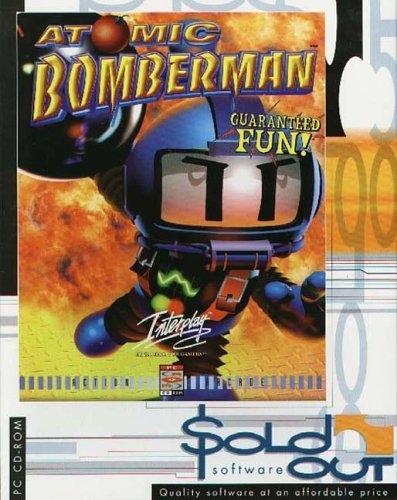 Atomic Bomberman is a PC game, developed by Interplay. The main mode is battle mode, which can include up to 10 players, AI included, in the same machine or in a local network.

The game features a lot of hidden options, such as level editor and a progressive level mode. Common power-ups are included, but lacks the mounts. Unlike traditional Bomberman games, Atomic Bomberman has 3D pre-rendered characters and backgrounds.

Perhaps one of the most famous features of the game are the voice clips, recorded by Charles Adler and Billy West. When the player exits the game a voice clip is played, such as "Hasta la vista, Bozo"