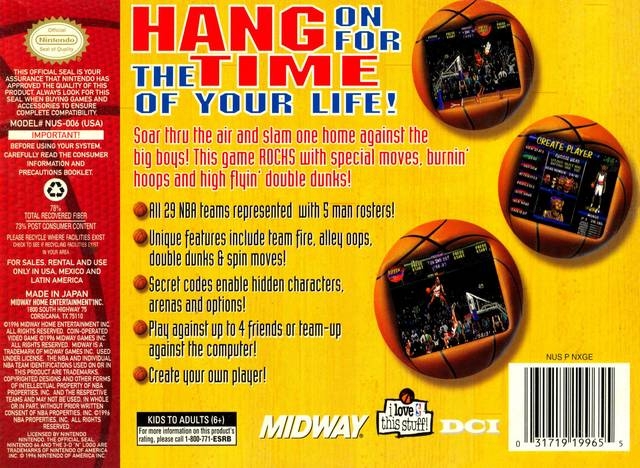 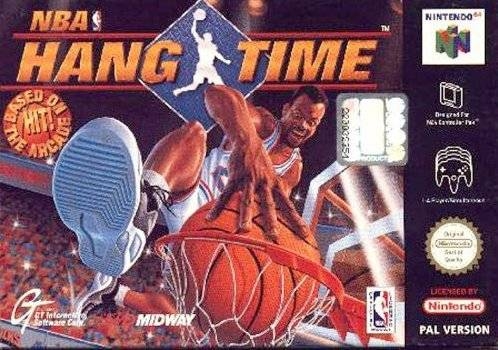 NBA Jam was created in 1993 as an arcade game by a team at Midway led by Mark Turmell (Smash TV, NFL Blitz, NBA Ballers) and including more famous Mortal Kombat co-creator Ed Boon among others. The game was a hit in the arcade and spawned the updated NBA Jam Tournament Edition and then NBA Hangtime and NBA Maximum Hangtime.

On the home front, Acclaim was responsible for bringing Midway's arcade hits to consoles and, given NBA Jam was the top-grossing arcade game ever to that point in time, quickly produced home versions for the SNES and Sega Genesis, which both sold very well, as well as for myriad other systems, and then released NBA Jam Tournament Edition to line their pockets even further.

By this point in time, Midway, seeing they were getting the short end of the stick with Acclaim making tons of money off their popular games (besides NBA Jam, Acclaim also made home versions of the popular Mortal Kombat series) terminated their agreement with Acclaim with the intent of publishing future home versions of their arcade games. However, Acclaim responded with an end run around Midway, securing the rights to the NBA Jam name directly from the NBA. This resulted in the series being bastardized in games like NBA Jam Extreme, which was made solely by Acclaim.

Midway, however, sucked it up, changed the name to NBA Hangtime, and continued. They ported the arcade version to SNES, Genesis, Playstation, N64 and other machines.

NBA Hangtime at its heart is no-holds-barred, few rules followed arcade basketball 2-on-2 crazyness. It can be played by up to 4 players, with each player controlling one real-life NBA player with varying statistics. If less than 4 players are available, the computer takes control of the rest of the players.

The controls consist of three buttons and a joystick. The stick is used for moving. The buttons are shoot/jump, pass/steal and turbo. The shoot button lets you shoot (duh), jump up for rebounds, and jump to block opposing shots when on defense. The pass button lets you pass (duh) and steal when on defense. Turbo is used by itself to let you run faster, or in combination with the other buttons to either jump higher/quicker or to shove opposing players, often causing them to lose the ball.

You can also tap turbo twice to do a spin move, making you very difficult to shove during the move. There are other moves like alley-oops, hook shots, fadeaways, lean-in shots, throwing elbows, double dunks, super dunks and more that you can perform with well-timed button presses.

Other features include a player-creation mode (including choosing your own nickname on the court), record-keeping of your characters and the ability for them to improve stats, a trivia quiz at the end of the game, tons of secret codes for special characters/play modes, and a leaderboard. Each NBA team has five players that you can team up in any way except two of the same.