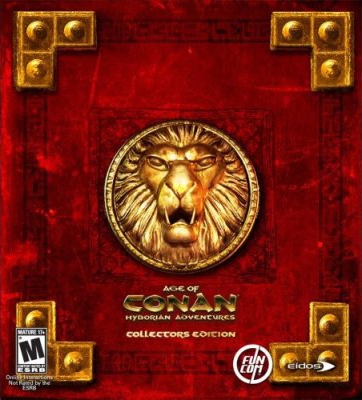 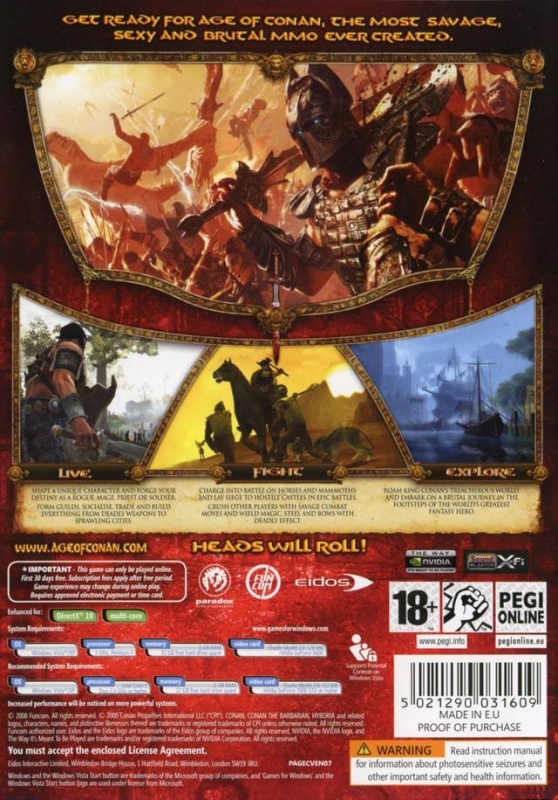 As a galley slave you stand on the burning beaches of Tortage. With no memory of your past, a broken oar and tattered clothes you enter a fantastic journey where you will define your destiny. In a world filled with cruel gods, mythical creatures, lost civilizations and a struggling human race, Conan the mighty barbarian has finally seized the throne as king of Aquilonia; but his rule is on the brink of chaos as his nemesis Thoth-Amon attempts to resurrect the ancient civilization of Acheron.

Carve your destiny and fight along King Conan, in the first mature MMORPG. Advanced technologies, amazing graphics and stunning 7.1 surround sounds will immerse you in Robert E. Howard's dark universe where magic and brutal combat lurk around every corner. Be the first to enter the savage world of Conan.