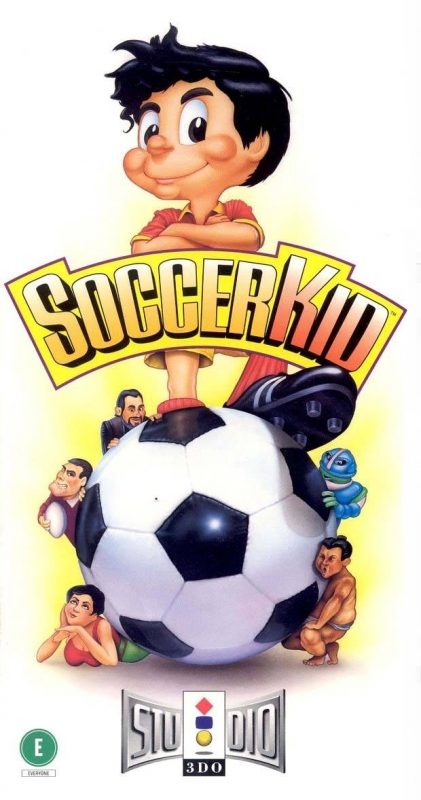 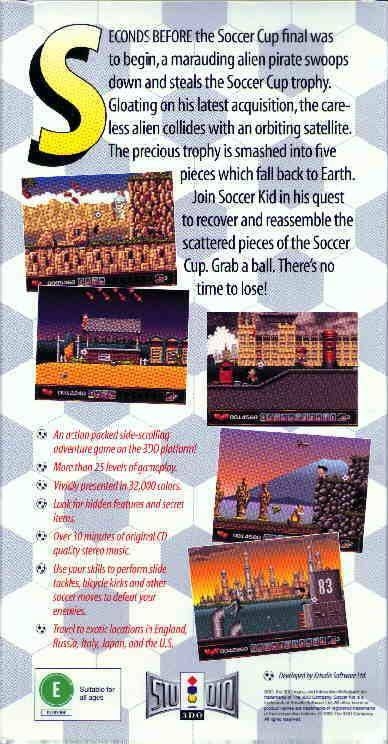 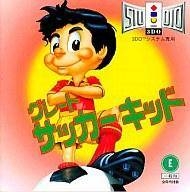 SECOND BEFORE the Soccer Cup final wsa to begin, a marauding alien pirate swoops down and steals the Soccer Cup trophy. Gloating on his latest acquisition, the careless alien collides with an orbiting satellite. The precious trophy is smashed into five pieces which all back to Earth. Join Soccer Kid in his quest to recover and reassemble the scattered pieces of the Soccer Cup. Grab a ball. There's no time to lose!