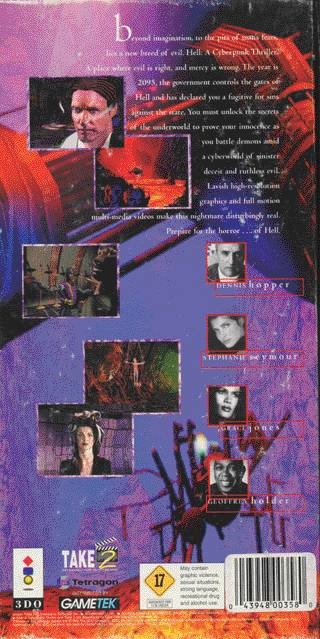 Hell: A Cyberpunk Thriller (3DO)

Hell: A Cyberpunk Thriller is an Adventure game, developed by Take-Two Interactive and published by GameTek, which was released in 1994.

Beyond imagination, to the pits of man’s fears, lies a new breed of evil. A place where evil is right and mercy is wrong. The year is 2095, the government controls the gates of Hell and has declared you a fugitive for sins against the state. You must unlock the secrets of the underworld to prove your innocence as you battle demons amid a cyberworld of sinister deceit and ruthless evil.