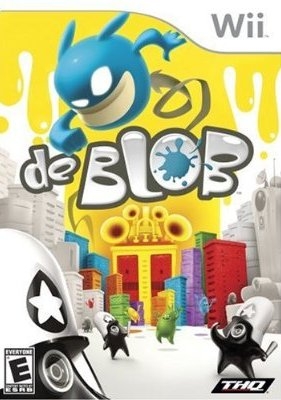 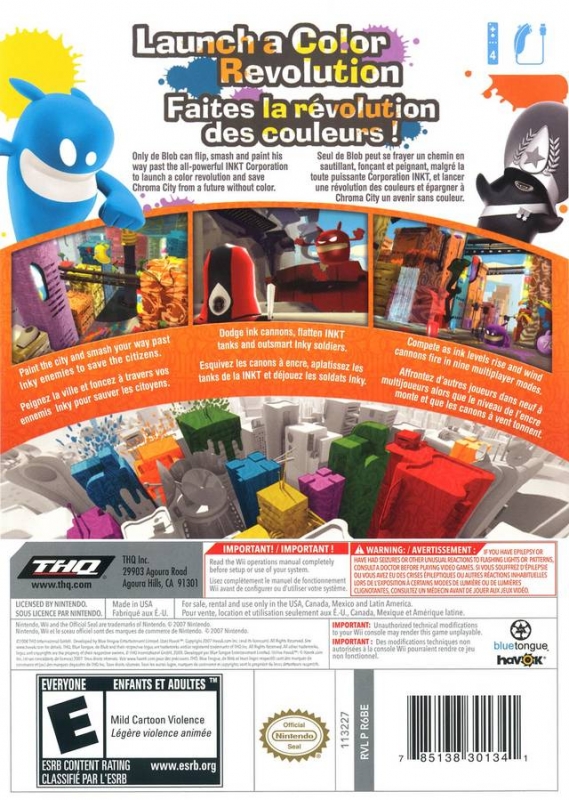 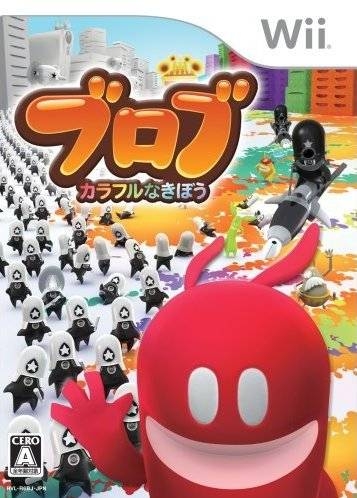 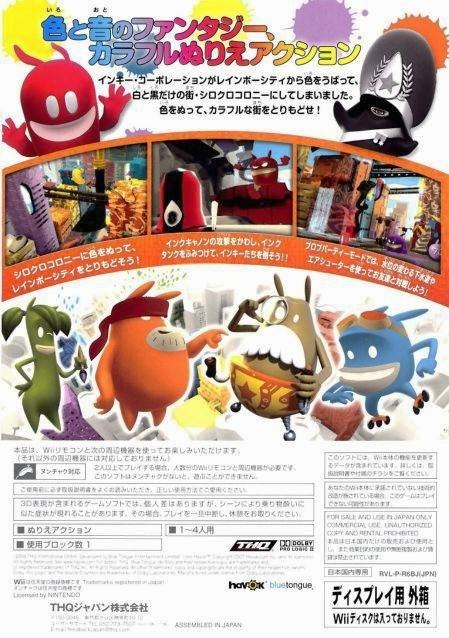 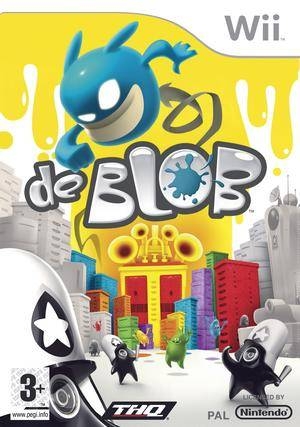 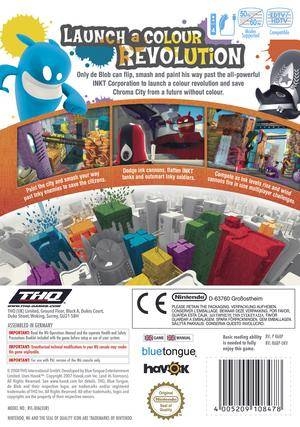 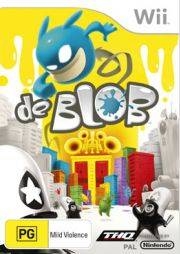 Only de Blob can flip, bounce and paint his way past the all-powerful I.N.K.T. Corporation to launch a color revolution and save Chroma City from a future without color. Battle against massive tank battalions, speedy I.N.K.T. racers and elite Inky soldiers on your quest to free the citizens of Chroma City. Avoid hot plates, electric shocks and inky turrets to create your own path to the impenetrable I.N.K.T. Fortress. Just remember that the struggle to reclaim Chroma City is to be fought on your terms. Remix the city in your own image using custom paints, patterns and soundtracks. Super-size your blob to attack larger and stronger enemies. Join the Color Revolutionaries to refine your skills while making a mess. The race to rescue Chroma City has just begun, and only de Blob can save the world from a black-and-white future.