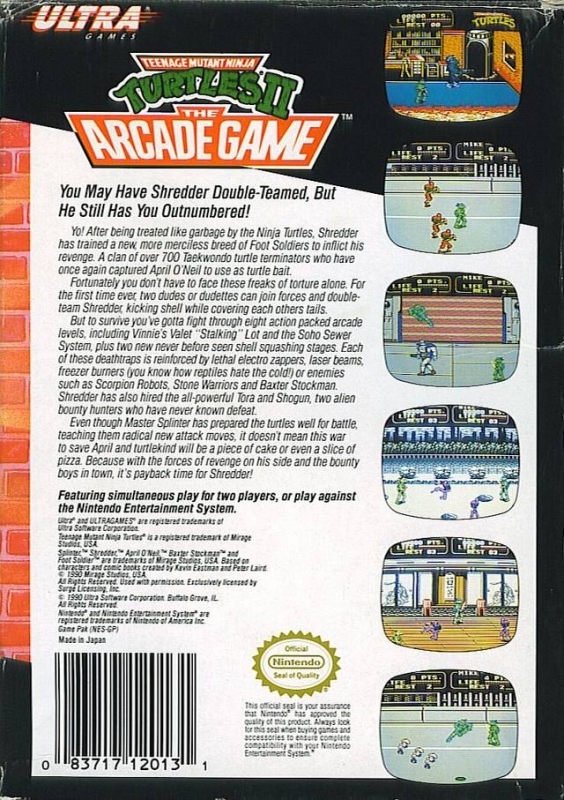 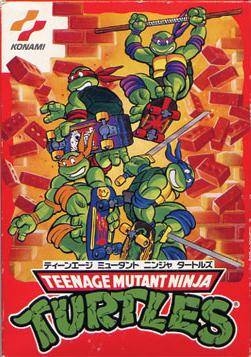 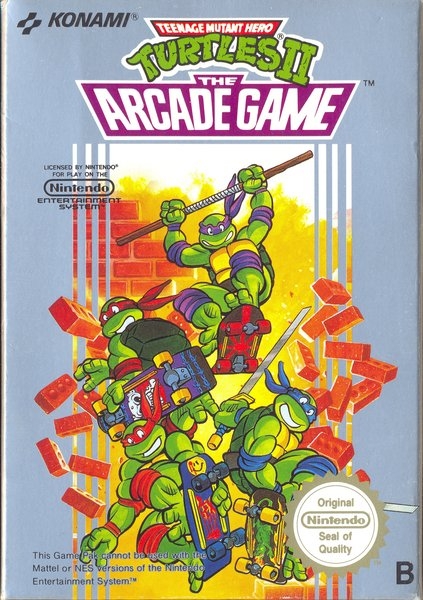 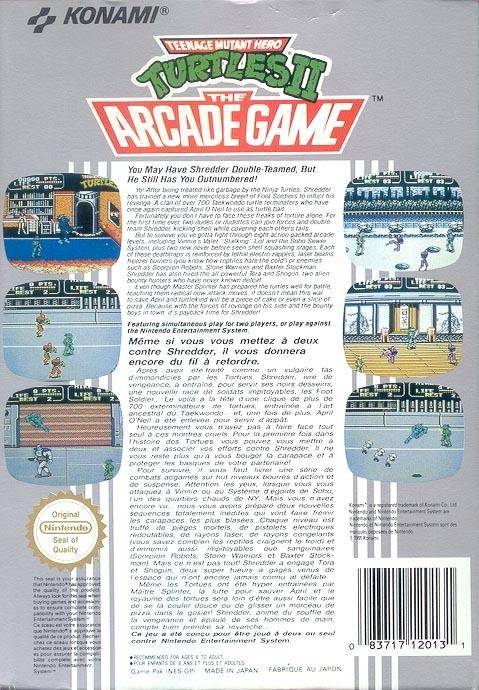 You May Have Shredder Double-Teamed, But He Still Has You Outnumbered!

Yo! After being treated like garbage by the Ninja Turtles, Shredder has trained a new, more merciless breed of Foot Soldiers to inflict his revenge: A clan of over 700 Taekwondo turtle terminators who have once again captured April O'Neil to use as turtle bait.

Fortunately you don't have to face these freaks of torture alone. For the first time ever, two dudes or dudettes can join forces and double-team Shredder, kicking shell while covering each others tails.

But to survive you've gotta fight through 8 action-packed arcade levels, including Vinnie's Valet "Stalking" Lot and the Soho Sewer System, plus two new never-before-seen shell-squashing stages! Each of these deathtraps is reinforced by lethal electro zappers, laser beams, freezer burners or enemies such as Scorpion Robots, Stone Warriors and Baxter Stockman. Shredder has also hired the all-powerful Tora and Shogun, two alien bounty hunters who have never known defeat.

Even though Master Splinter has prepared the turtles well for battle, teaching them radical new attack moves, it doesn't mean this war to save April and turtlekind will be a piece of cake or even a slice of pizza. Because with the forces of revenge on his side and the bounty boys in town, it's payback time for Shredder!

Featuring simultaneous play for two players, or play against the Nintendo Entertainment System.