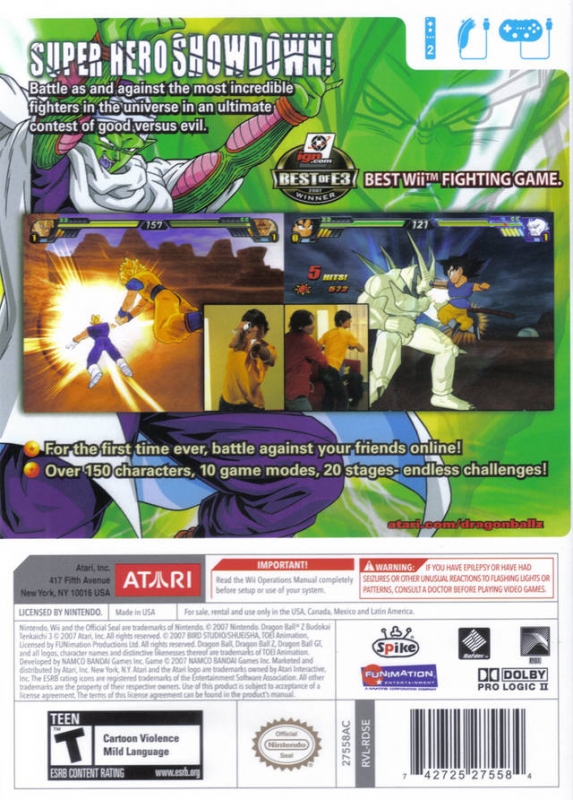 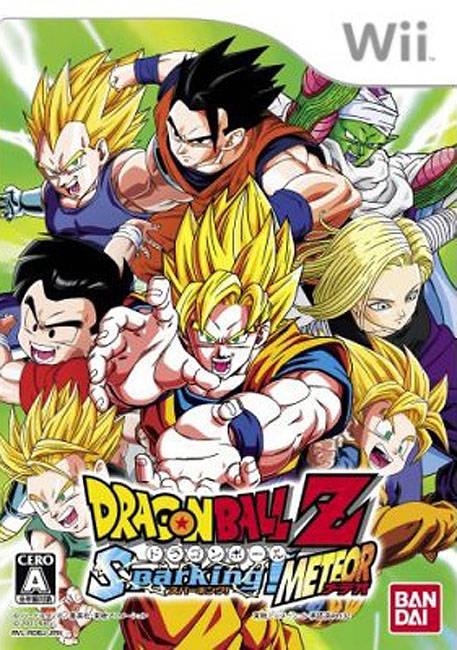 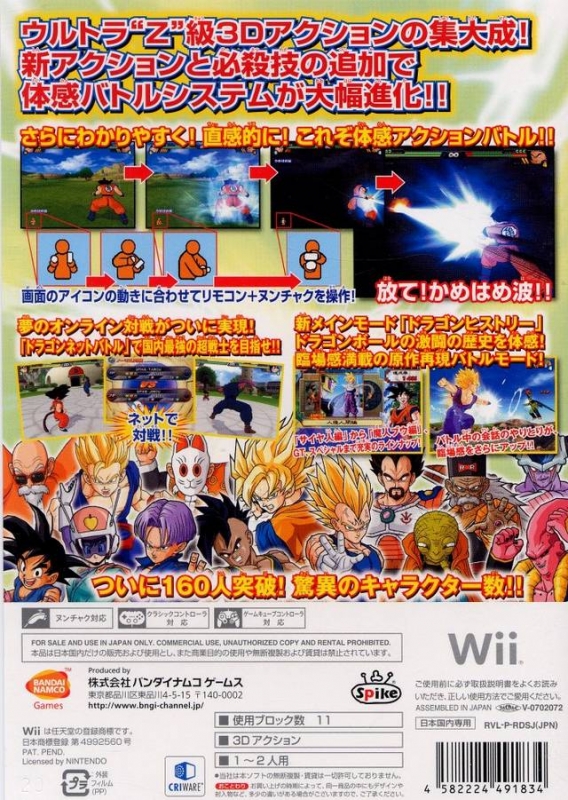 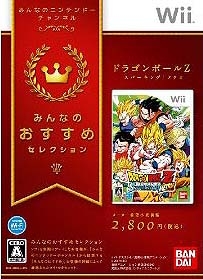 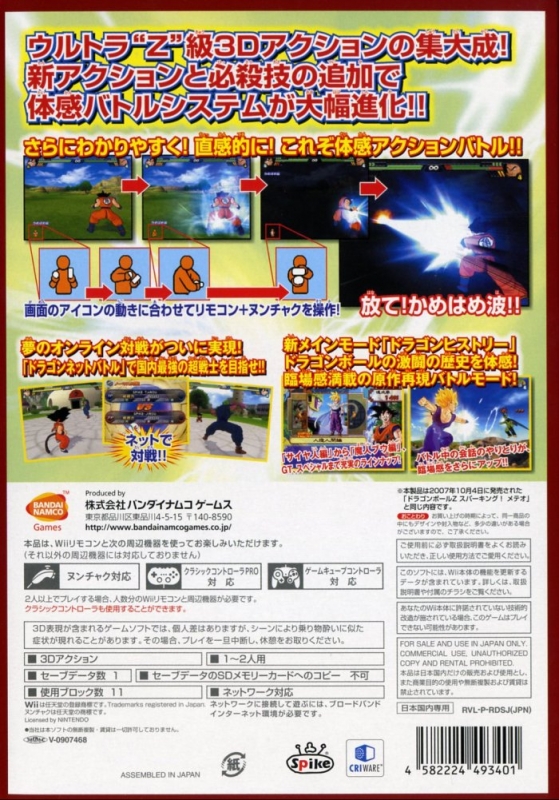 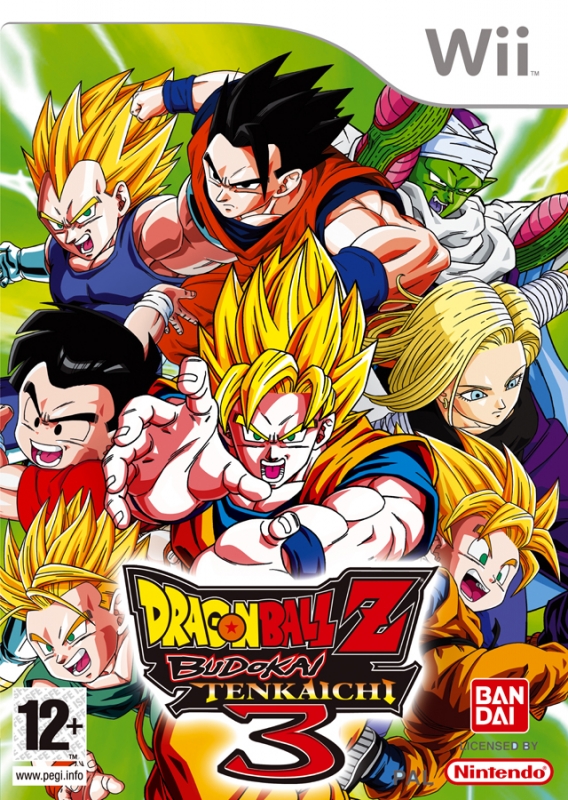 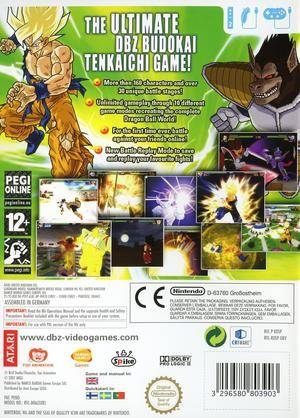 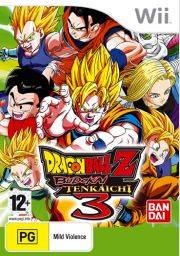 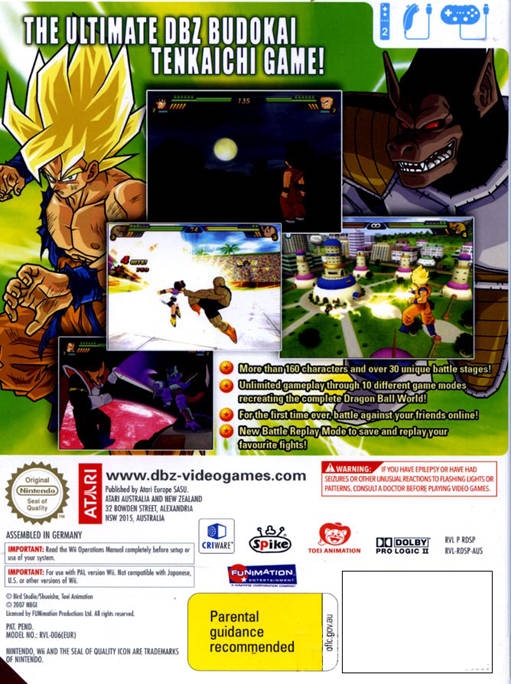 The artwork for the characters is pretty good, showing improvement over games like Dragonball Z Budokai 3 (the last DBZ I played; on the PS2). The character's outlines are less jagged this time around and the colors mesh well. The little sounds effects from attacks and blasts really add to the experience as a whole, and are all put into the right place, even where you don't expect them. The visual effects from "Kamehameha" blasts, Destructo discs, and other attacks look great. The blasts vary between characters too, so it isn't a case where there is minimal variation in move-set and appearance. There is true depth to most of the characters. They also express angry facial expressions when charging up and they emit dialogue, whether they are winning (or losing) a match.

In fact, the dialogue is pretty heavy in this game. I think the voice actors from the show are all here, but if they weren't, the characters sound genuine anyways. The subtitles have a few missteps in translation (some words are spelled wrong), but it doesn't happen too often, and unless you are reading the subtitles, you won't notice.

The levels merely serve as backdrops to the fighting, but they don't look too bad. You can "interact" with the environment by throwing opponents through buildings and punching them through rocks, or take the defensive approach and hide behind said obstacles. You have more freedom to explore the levels than in DBZ: B3, but there are boundaries.

Now this is where my review gets difficult. Let me start off by saying the multiplayer aspect is harder to get used to than DBZ: B3, and the fighting overall is harder to master. At times, keeping track of your local opponent can get disorienting with the split-screen play and the swirling camera. The game is much better in single play because you fighter is the only one receiving focus, and you have the whole screen to yourself. The game is still enjoyable in multiplayer, but it is...different than in past games.

The controls vary because there are several different things you can use. You can use the GC controller (which I use), Wiimote/Nunchuck combo, and the Classic Controller (I think). The Wiimote/Nunchuck combo worked great for me, except for one aspect of attack which enabled a charged physical attack. I wanted to try the Gamecube controller, and that worked great too, but when I tried going back to the W/N combo, I forgot the moves. The controls work fine, but it has a learning curve. With so many play options I'd have to leave the specifics of button mechanics to the detailed game Tutorial.

Boy is this game full of it, and I mean that in a good way. The online (Dragon Net Battle) works for this game greatly as well (despite server conditions upon initial release). Your allocated Dragon Points will have to buy many things from the Evolution Z Item Shop. The Dragon World Tour has about a dozen venues, so you'll be fighting in that mode on different difficulties for a while for tournament prize money. The Ultimate Battle Mode cooks up different conditions for battle against a variety of grouped enemies, and you are graded on performance. You can literally spend days just trying to score an A in each of the UBM matches. Then there is the Sim Dragon Mode, where as the name implies, you simulate training, exploration, rest, and eventually fight for real, based on the results of your previous simulation efforts. Finally, there is the Dragon History Mode, where you play through different parts of DBZ canon in many matches, and they should keep you busy for a long time. Add to that, different situations that may arise during battles, where characters may switch out in place of other fighters or just straight up die.

There is just so much you can do, that this game can last months, and that is if you play for several hours a day. If you play casually, there is chance you may never finish! And for the price this game is selling at now, it is nearly perfect, in every sense of the word. The only thing holding you back is if you are willing to play it all.