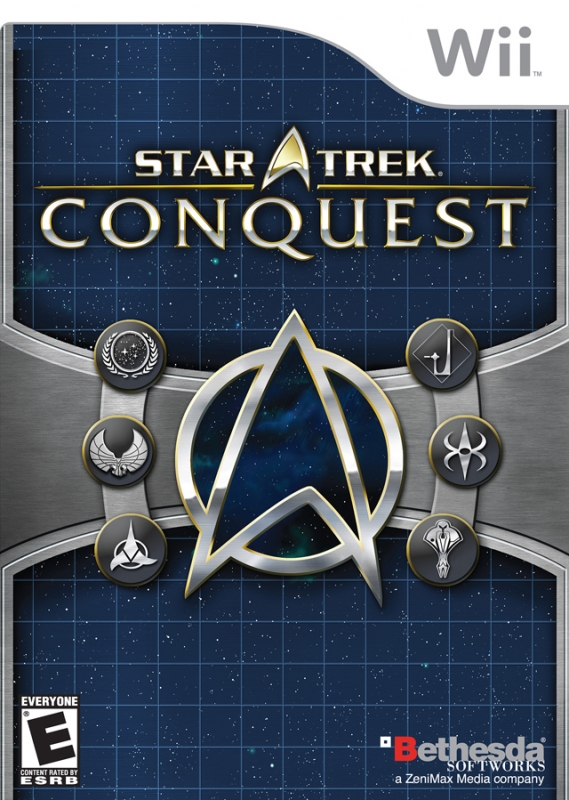 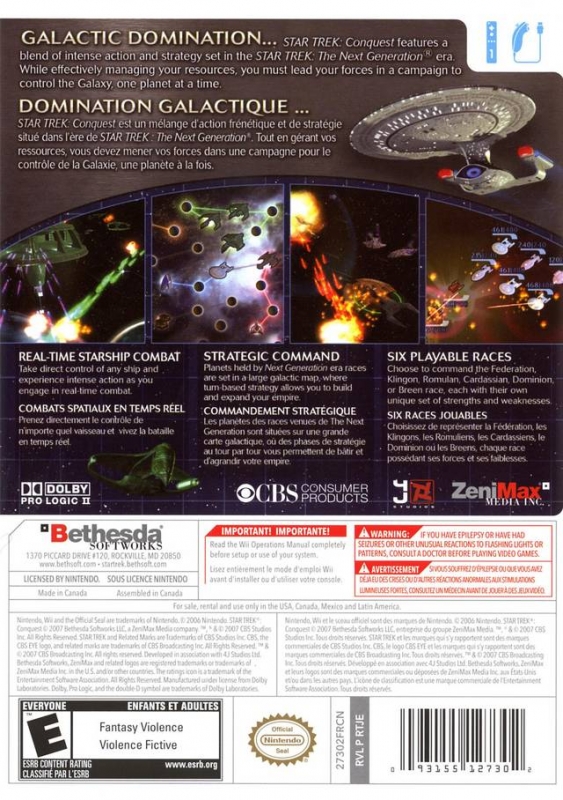 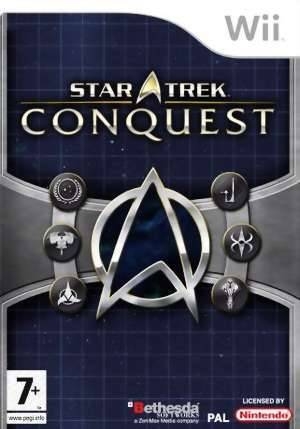 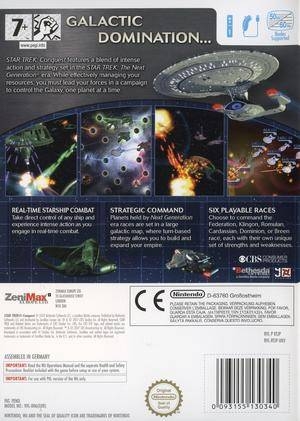 STAR TREK: CONQUEST is a single-player game of galactic conquest featuring a blend of strategy and action set in The Next Generation era. Players take control of Federation, Klingon, Romulan, Cardassian, Dominion, and Breen forces and lead them in a campaign to control the galaxy, one planet at a time. Players must build and manage their growing empires in turn-based strategy, and then engage in all out starship combat in real-time action.

Strategically, players must effectively manage their limited resources to expand their empire. Players can decide how to best achieve objectives by managing fleets, admirals, building support structures, researching technology and engaging enemies in combat. Once battle is initiated, the game switches to a ship level tactical view allowing players to take direct command of their ships and engage in real-time combat.