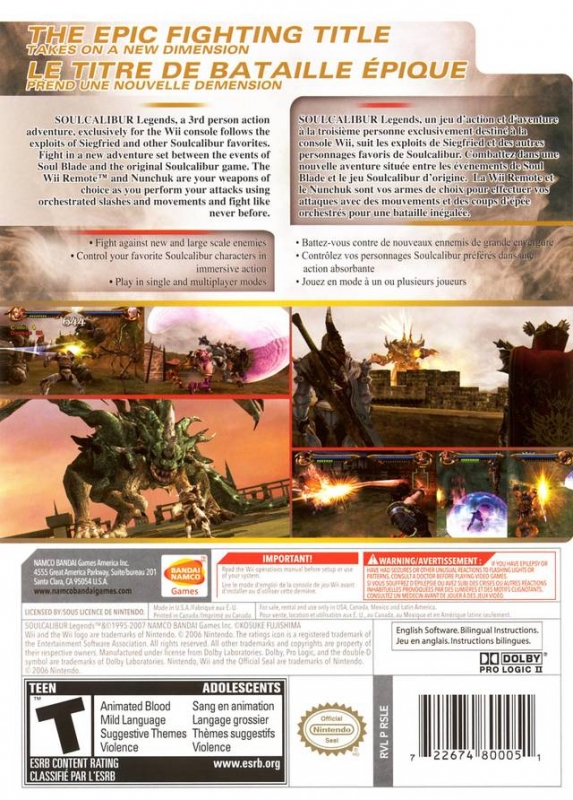 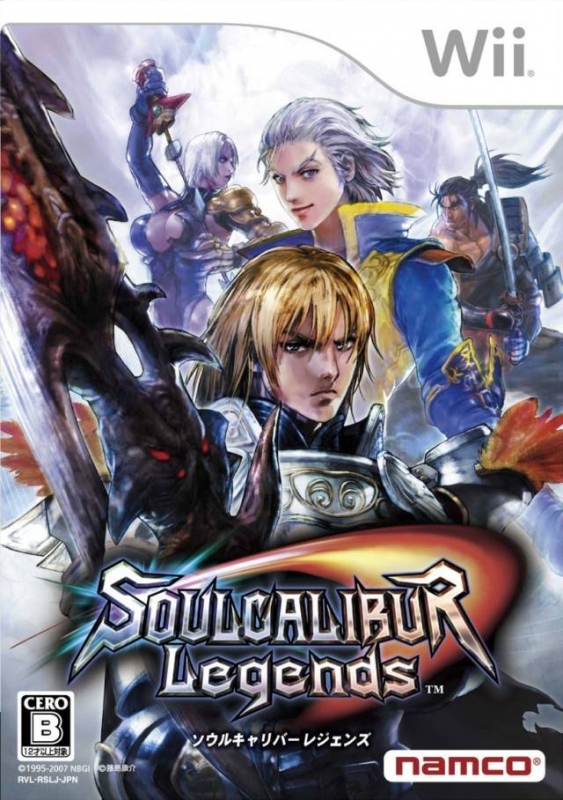 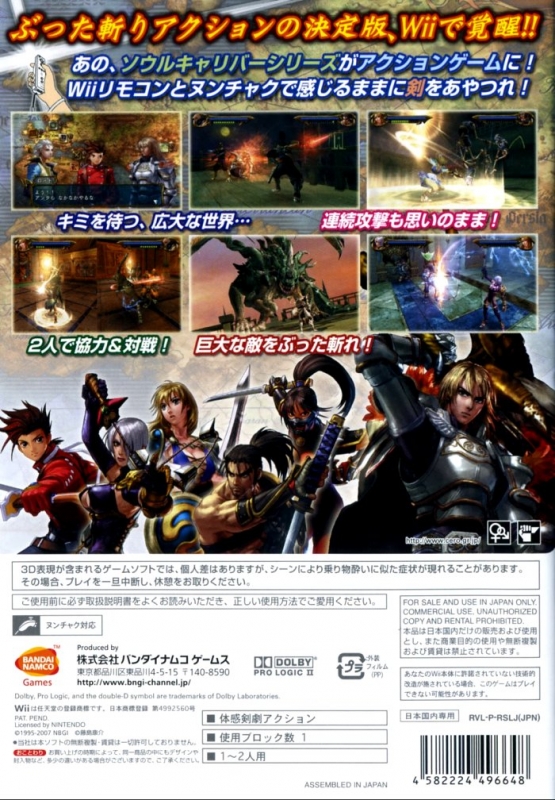 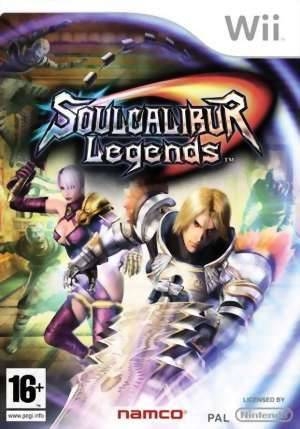 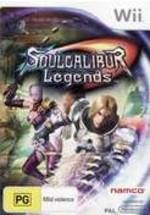 Soulcalibur, the unparalleled weapon based fighting game franchise, reinvents itself as Soulcalibur Legends, a 3rd person action adventure, exclusively for the Wii Console.

Soulcalibur Legends follows the 16th century exploits of Siegfried and other Soulcalibur characters, new and old. Siegfried finds himself on a quest for ultimate power in order to save an empire from destruction, bringing him into conflict with other warriors seeking to unify the pieces of the Soul Edge sword. This fateful quest leads to his inevitable possession by the cursed blade.

The Wii Remote and Nunchuk are your weapons of choice as you perform your moves and combos using orchestrated slashes and movements. Master special attacks acquired throughout the adventure while battling through diverse environments, crushing scores of enemies and large bosses. With the help of other Soulcalibur characters, view the Soulcalibur universe in an entirely new light.