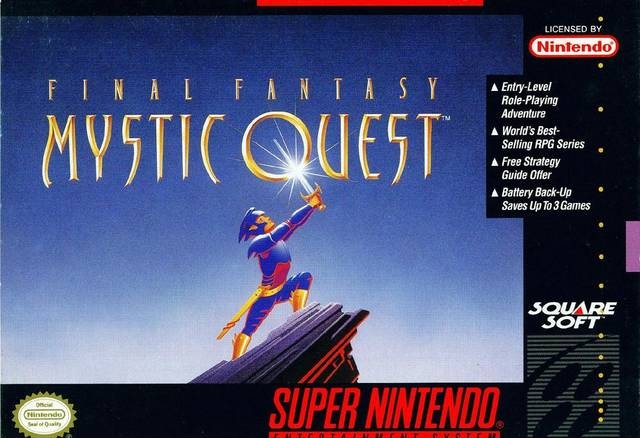 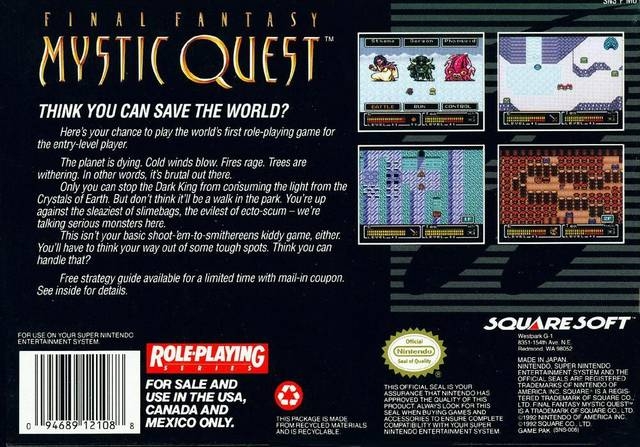 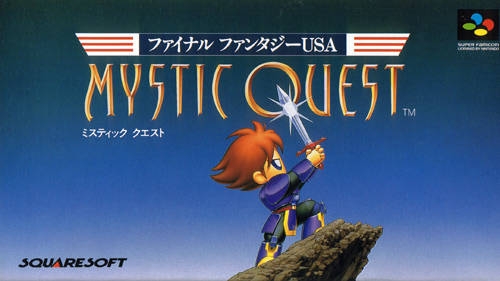 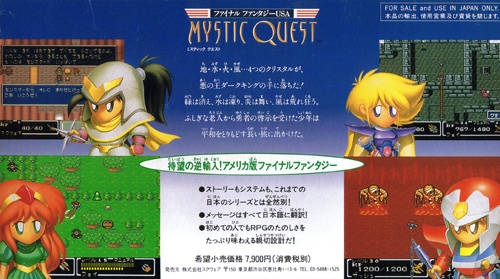 Focus Tower is the center of the world and balances the forces of the world. However 4 monsters have taken the 4 elemental crystals (Earth, Water, Fire, Wind) for their own use, and also taken the 4 keys that for doors inside of Focus Tower. With the balance disrupted, disasters befall the world. A young boy by the name of Benjamin finds his home village destroyed. Meeting a mysterious old man while trying to escape from earthquakes, he soon learns that he is the prophesized hero and the only one who can save the world. Benjamin must recover the 4 crystals, unlock Focus Tower and defeat the ultimate monster before the 5th crystal, the Crystal of Life is corrupted.

Final Fantasy: Mystic Quest is an RPG game, shown from an overhead view for movement within areas and using a 3rd person view for battles. The game is divided into "areas" on the world map between which the player can freely jump. These areas are divided into Towns, Dungeons and Battle Areas. Towns feature characters to interact and talk to, Dungeons are mazes filled with monsters and Battle Areas are instant battles with specific monsters, completion of which sometimes awards special items. Inside a Dungeon or Town, the player moves from an overhead view, with he ability to jump, use weapon at whatever is in front of the character, interact with NPCs and attack monsters.

Unlike other Final Fantasy games, there are no random battles, all the enemies are visible to the player (or in specific "Battle Areas"). During battle, the game features turn-based combat where the player chooses from battle commands such as Attack, Defend, Item and Spells.

Also unlike other Final Fantasy games, the player's party only ever consists of two characters: Benjamin and another character who can either by controlled manually or automatically by the AI. Benjamin can collect armor for 4 different parts of the body as well as 4 different kinds of weapons, however the other party member cannot have their equipment changed.

Players can save at any point in the game. If the player is defeated in a battle, the game will let the battle be retried, but any items used will be lost.