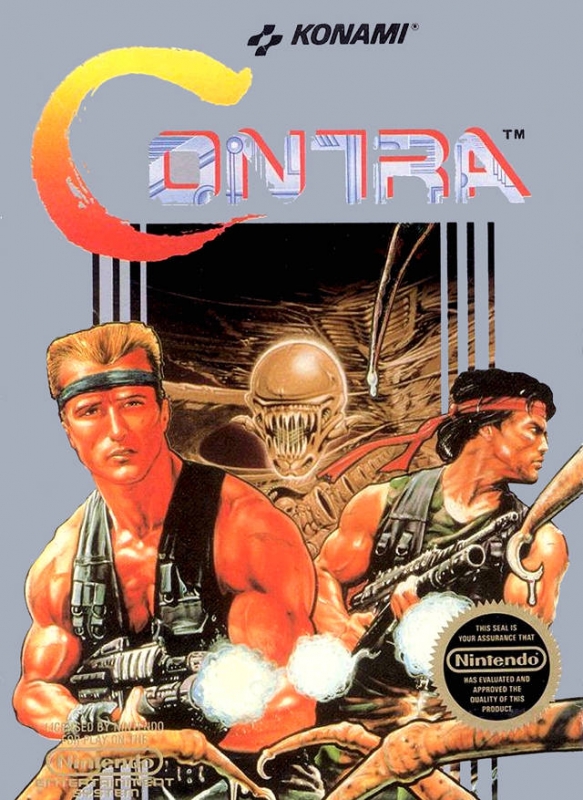 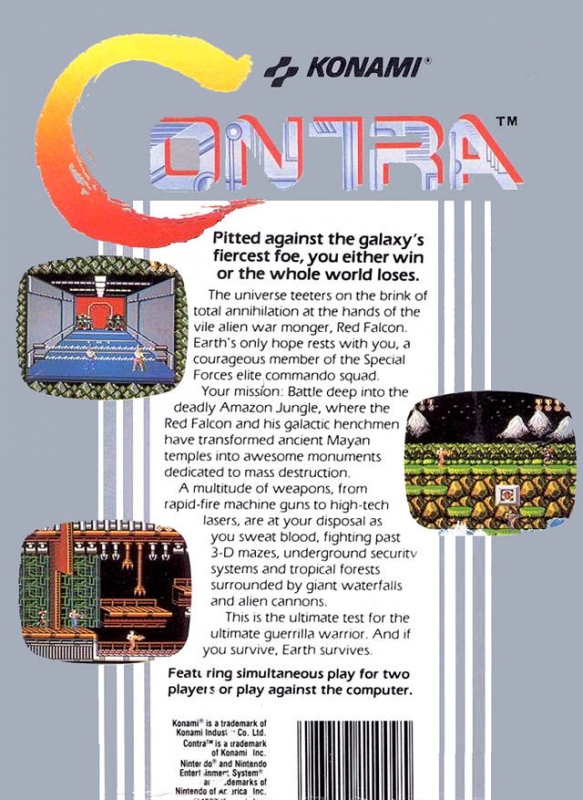 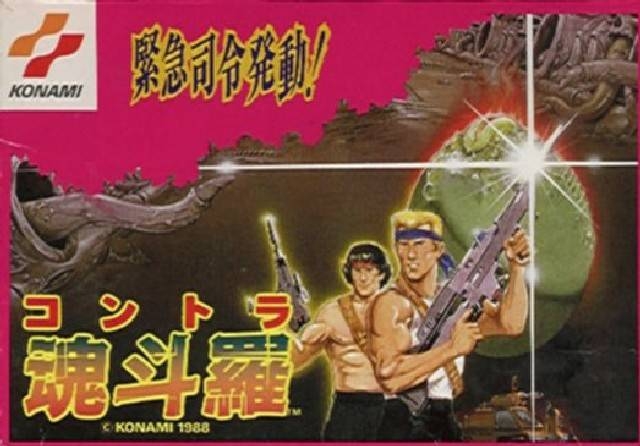 Contra is an Arcade game released in 1987, and ported to the NES in 1988. Up to two players can control Bill Rizer and Lance Bean as they infiltrate the island headquarters of the alian amy called Red Falcon.

Contra was voted the number one toughest game to beat by IGN.com. Contra made the Konami code famous, which changed the number of lives to 30 instead of 3, making it possible for average gamers to beat the game.