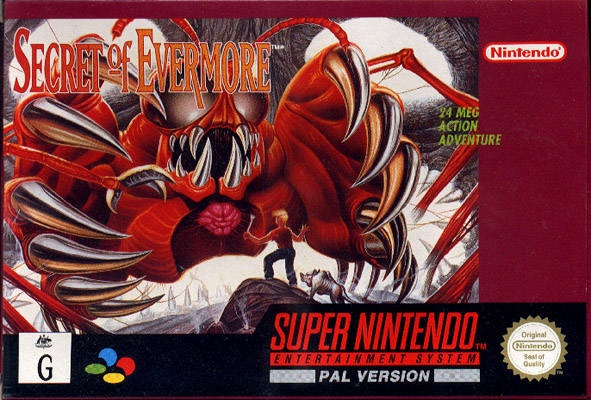 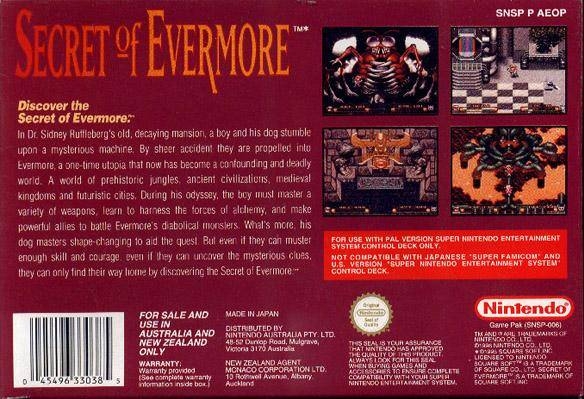 In the old, worn with age mansion of Dr. Sidney Ruffleber, a boy and his dog happen to find a mysterious machine. By chance they are transported to Evermore. Once a Utopia, it has now become an infamous and deadly world. A world with prehistoric jungles, ancient civilisations, mediaeval kingdoms and futuristic cities. On his journey the boy must learn to master a number of weapons, learn how to control the forces of alchemy and befriend powerful allies to battle the diabolical monsters of Evermore. He is assisted by his dog, that can change his appearance. But even if they can find the courage and gather the knowledge, even if they can unravel the mysterious clues, they can only find their way back if they discover the Secret of Evermore.

*Back of Box (PAL, translated)