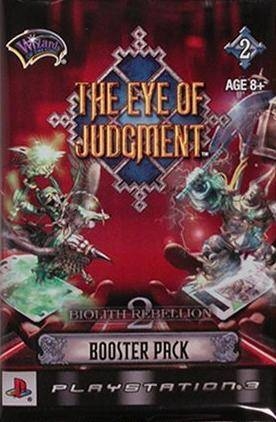 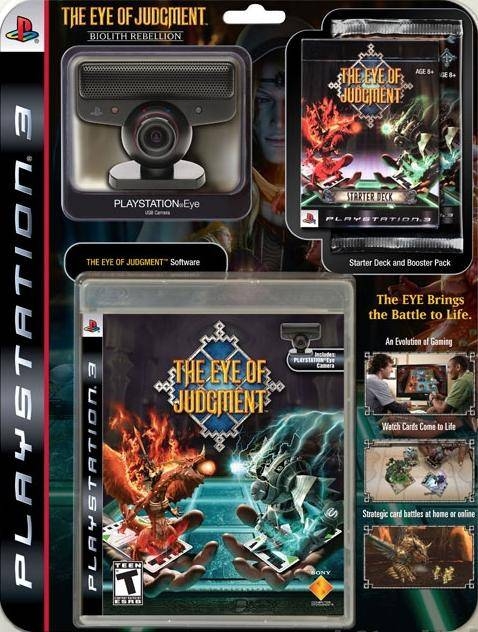 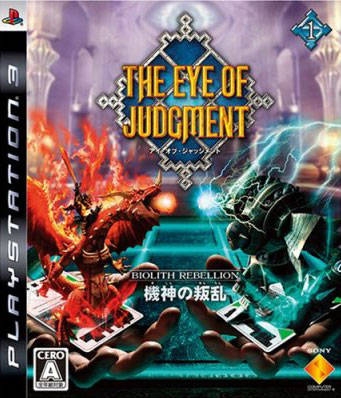 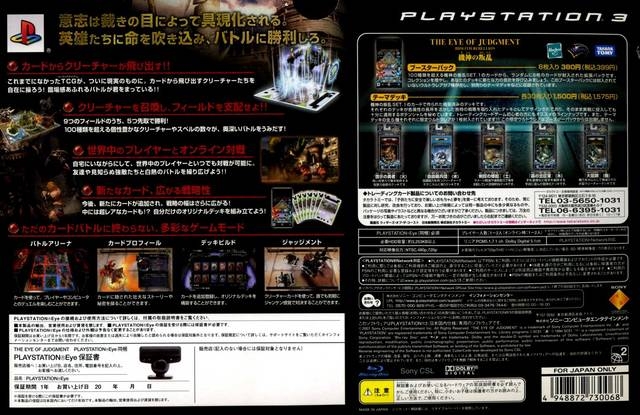 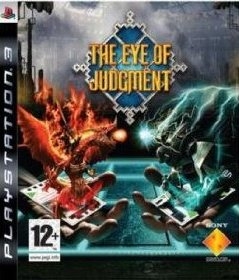 The Eye of Judgment (PS3)

"The Eye of Judgment: An undoubtedly daring attempt at transforming a collectible card game into a video game, but how does it fare? "

Sony Computer Entertainment introduces a new concept in trading card games with THE EYE OF JUDGMENT™ developed exclusively for PLAYSTATION®3 computer entertainment system. Utilizing Hasbro® and its Wizards of the Coast subsidiary’s trading card expertise, the immense power of the PS3® system, and the PLAYSTATION®Eye, Sony’s groundbreaking next-generation USB camera for PS3, THE EYE OF JUDGMENT provides a visually stunning experience that adds a third dimension to the trading card game genre.

Developed by Sony Computer Entertainment Worldwide Studios, JAPAN Studio, THE EYE OF JUDGMENT presents a new style of gameplay where collectable trading cards, embedded with a CyberCode, are brought to life in the 3D game through use of the innovative PLAYSTATION Eye. Players compete by selecting a card and placing the coded card in front of the PLAYSTATION Eye for their respective creatures to come to life and battle on screen. Players take turns placing cards as they jostle for control; the winner is the first player to conquer five of the nine squares of the “9 Fields” battle mat. The gamers task is to conquer the board by deploying their cards more skillfully than their opponent.

Players have four ways to play THE EYE OF JUDGMENT, single player against their PS3, against an opponent in two-player mode, against an opponent online, or letting the PS3 play out a round with the cards the player owns. THE EYE OF JUDGMENT comes with a starter deck of 30 character and spell cards manufactured by Hasbro. Pre-constructed decks and booster packs, sold separately in stores, can be purchased to strategically build the perfect deck using the 110 cards unique cards available.