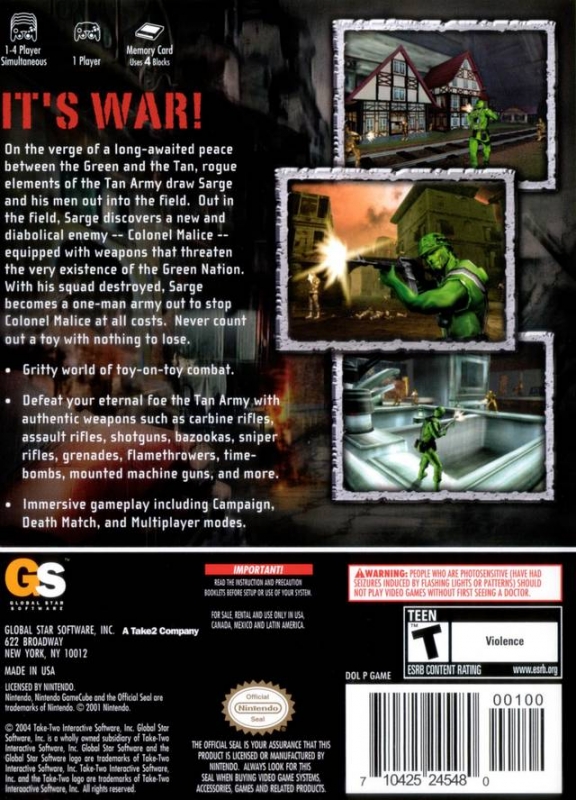 On the verge of a long-awaited peace between the Green and the Tan, rogue elements of the Tan Army draw Sarge and his men out into combat. Out in the field, Sarge discovers a new and diabolical enemy-Colonel Malice-equipped with weapons that threaten the very existence of the Green Nation. With his squad destroyed, Sarge becomes a one man army out to stop Colonel Malice at all costs.