Microsoft announced D@Xbox Winter Game Demo Event will run from December 6 to 12. Demos of over 20 upcoming games for Xbox Series X|S and Xbox One from independent developers will be available to play.

The demos will only be available for one week, however, some developers might re-publish them to the Demo channel later on. Developers want to hear feedback on social media and via their websites.

"These 'game demos' are not the norm," reads Xbox Wire Post. "Typically, the demos you see in our Demo channel are created after the game is completed (or nearly completed) and represent an almost final to final version. Think of these akin to 'show floor demos' and not necessarily indicative of the final product.

"You’ll get to experience these games early – some way early – which gives you the chance to provide your feedback! You should also note that these games will continue to evolve and become more polished as they near release." 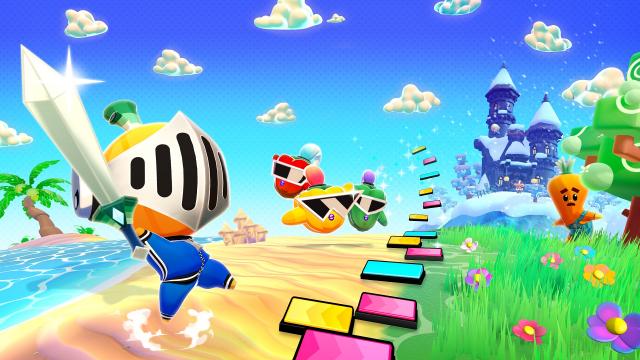 Check out the list of confirmed games to have demos during the event below:

Inkulinati is an ink-based strategy straight from medieval manuscripts, where a rabbit’s bum can be deadlier than a dog’s sword. Embark on an ever-changing journey and become a master of the Living Ink. Build your own bestiary, defeat medieval superstars, and collect perks to unleash hidden powers.

Thirsty Suitors is a game about culture, relationships, family pressures, and expressing oneself. Can Jala handle her demanding parents, reconcile with her exes, and mend broken friendships in time for her sister’s wedding? Will she be ready for the impending visit of Paati, the family’s terrifying and judgmental matriarch? Through the game’s story, Jala will confront her exes in cinematic, turn-based battle sequences.

Guide a troop of tin soldiers through a beautiful, toy-filled world full of magic and mystery. Solve increasingly elaborate puzzles, forge new paths for your toys to follow and discover a deeply emotional story, in Tin Hearts – an immersive puzzle adventure game from members of the team that brought you Fable.

Thirsty Suitors sounds like it could be really fun. I'll have to remember to try out the demo while it's still available.