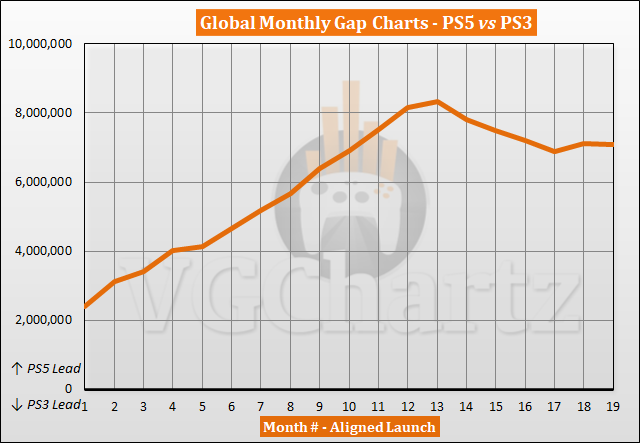 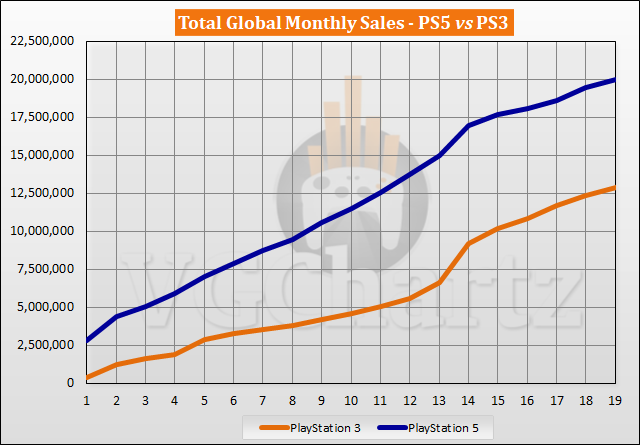 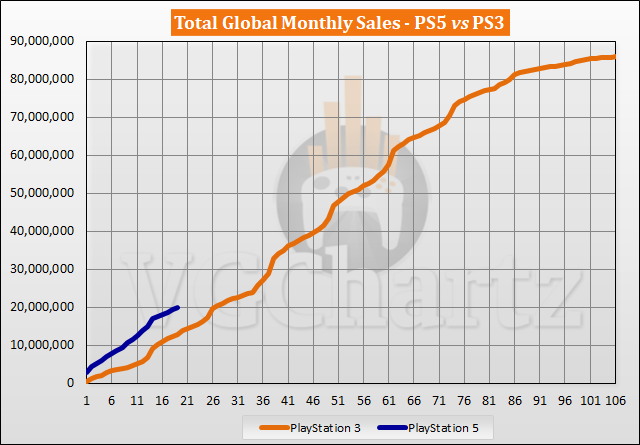 In the last 12 months, the PS5 has grown its lead over the PS3 by 1.92 million units. The PlayStation 5 is currently ahead by 7.10 million units.

The PlayStation 3 did not reach current PlayStation 5 sales until month 27 where it had sold 20.33 million units.

I'm really curious how this chart will look like in 36 months. A cross is not out of the question, imo.

These charts should do the last three platforms instead of two specific. Meaning PS5 vs PS4 vs PS3. Just like Series vs XBO vs 360. That way you get a better idea of how something is doing in relation to all of the track platforms from the same company. I know this site didnt track PS2 or XB or GCN but it did track from the 7th gen on. So 7th vs 8th vs 9th would be cool to see.

PS4 was ahead of PS5 at this point in aligned sales.

Let me first say that I am not trying to shit on anybody's work, or tell anybody else what they should or should not care about.

With that said, I'm curious as to what value people find in this comparison. PS5 is highly supply constrained, PS3 launched at a stupid price with huge PR mistakes. It's like comparing sales of apples and monkeys. What can we really hope to learn about the future of The PS5 from PS3 sales data?

If the chart at least included the PS4 as well, then it would be an interesting demonstration of the relative sales strength of PlayStation consoles. Still, I don't know that there would be much predictive value from the chart, but I could understand why it's interesting. This chart though, as I see it, is almost completely meaningless beyond ticking the box for another article.

And when shortage stop the gap shall increase faster even though PS3 was quite steady on sales.

I just love these old posts to remember the power of sony. Japan forever number 1. Sorry usa and UK.