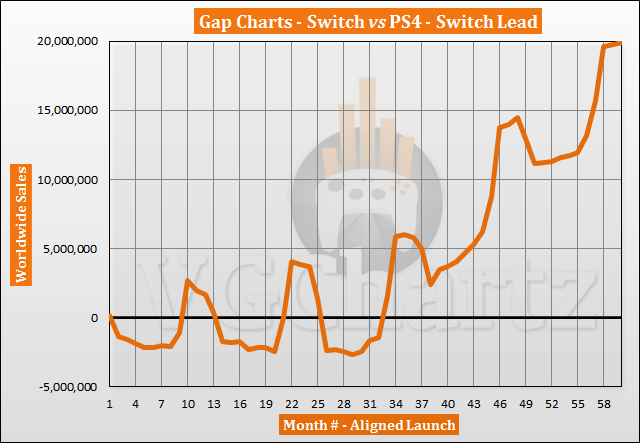 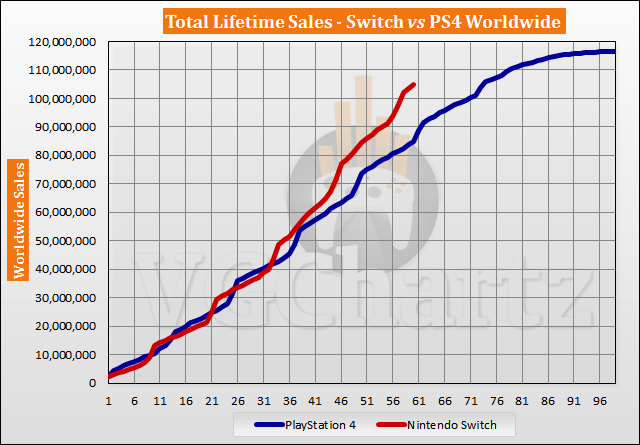 February 2022 is the 60th month that the Nintendo Switch has been available for. During the latest month, the gap grew in favor of the Switch by 152,726 units when compared to the PlayStation 4 during the same timeframe. In the last 12 months, the Switch has outsold the PS4 by 5.40 million units. The Switch is currently ahead of the PS4 by 19.88 million units.

The PlayStation 4 did not reach current Switch sales until month 74 where it sold 105.77 million units.

Already 14 months ahead, this is insane.

Not to mention, within that 14 months PS4 will have two holiday seasons.

If Switch started a decline on sales right now like PS4, would be ending in ~140mil, Not bad!

Yeah. We're all just waiting to see what the time is on the stopwatch.