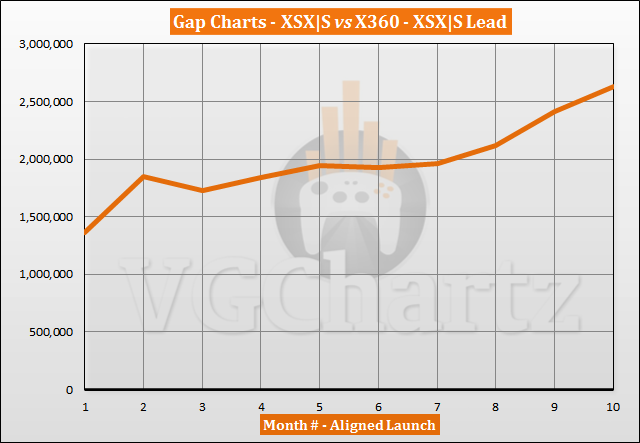 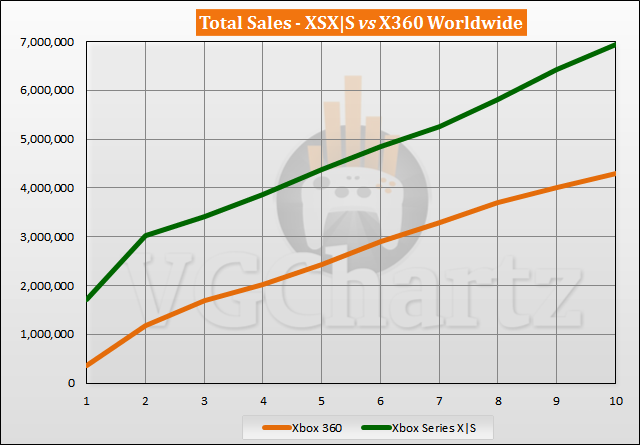 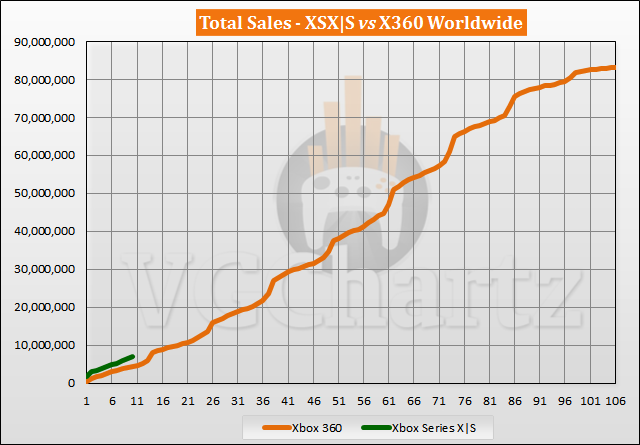 BTW the series is doing a LOT better in japan, possibly taking over the xbone LTD there by this years end

At least the brand isn't dead anymore in Japan.

I've been noticing that too, sometimes getting 5k+ sales a week

Ask and I shall receive apparently. I've commented on other articles that I've been waiting for Series X|S vs. X360. :)

I expect the Series X|S to stay ahead, probably with the benefit of updates over time (as happened with the 360). That's despite the advantage the 360 has due to the large number of failures, some of which were warrantied but many others of which were replaced by people buying new units. I did some of each (some warrantied under Microsoft's extended warranty period, others died after the 3 years and I bought new units to replace them).

That inflates the 360 sales, which is an interesting point as it suggests the PS3 likely pulled ahead of the 360 at an earlier point than the numbers indicate. But it also closes the gap somewhat between the 360 and the Xbox One.