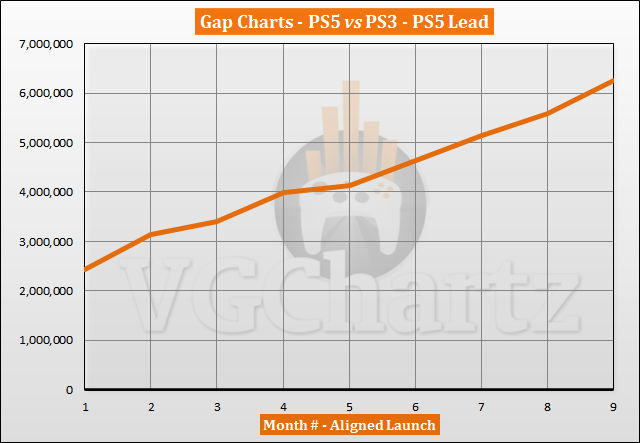 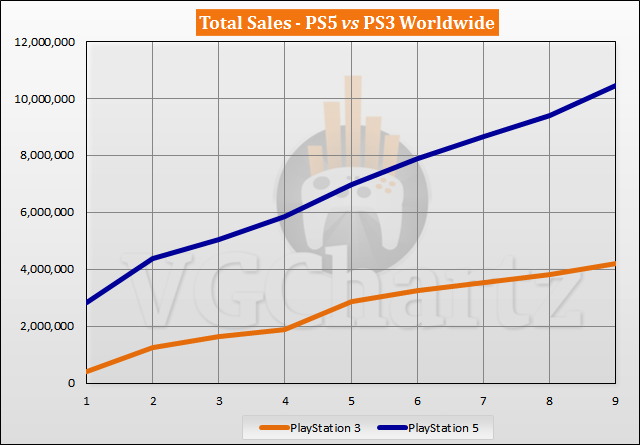 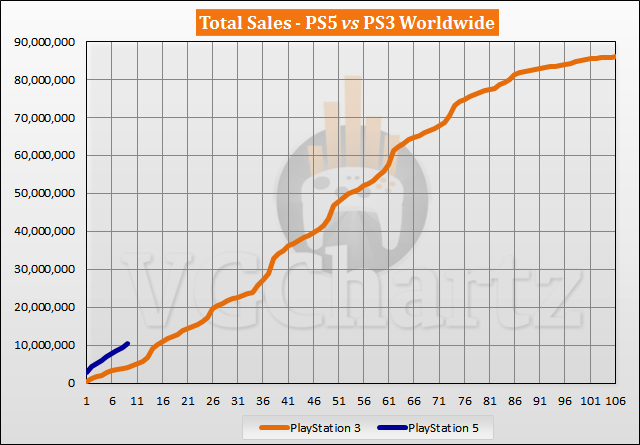 The PlayStation 3 did not reach current PlayStation 5 sales until month 16 where it had sold 10.85 million units.

I do wonder if we're going to see any week with the PS3 outselling the PS5, especially during the first years.

Possibly not early on, but starting year 3, I think it will. By then the PS3 started get some big releases and thus some big sales spikes during their release.

The question with the PS5 is more if it's gonna have such great legs like the PS3 had. I years 5 and 6 the PS3 will probably start to fight back, but by then the fight could be pretty much over already.