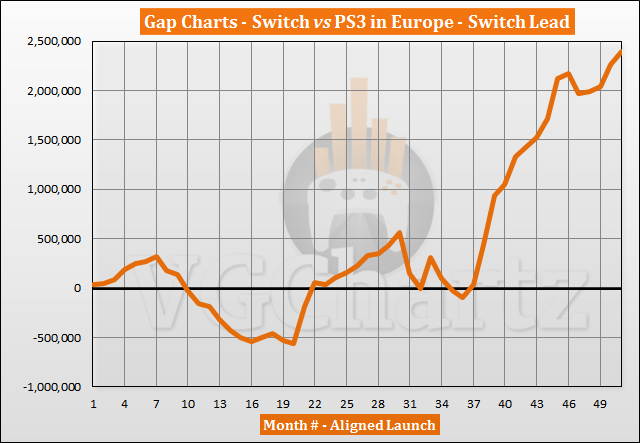 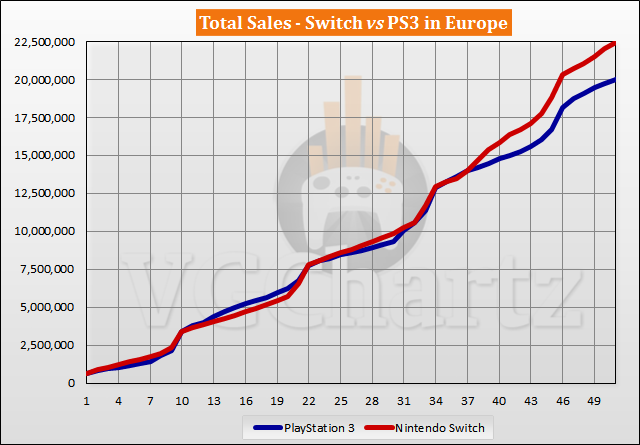 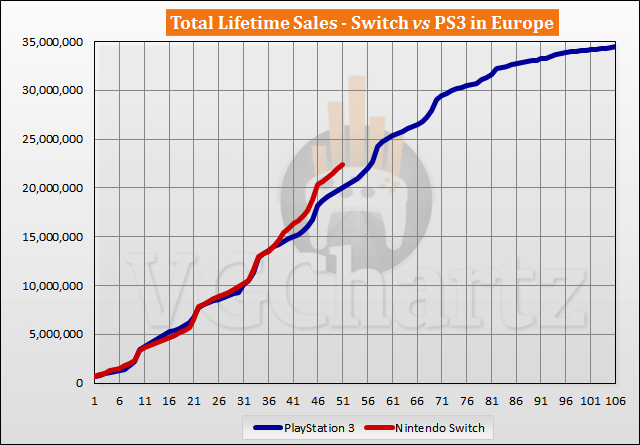 PS3 had a very strong second half of its life cycle, but Switch is clearly outperforming it.