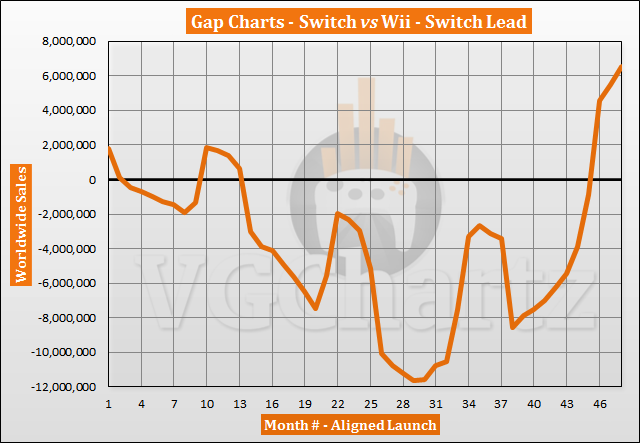 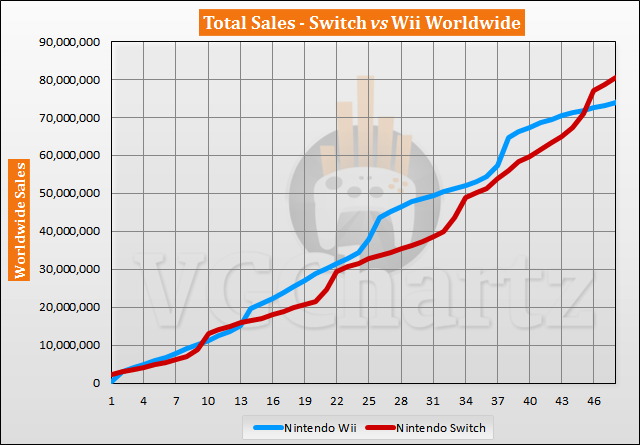 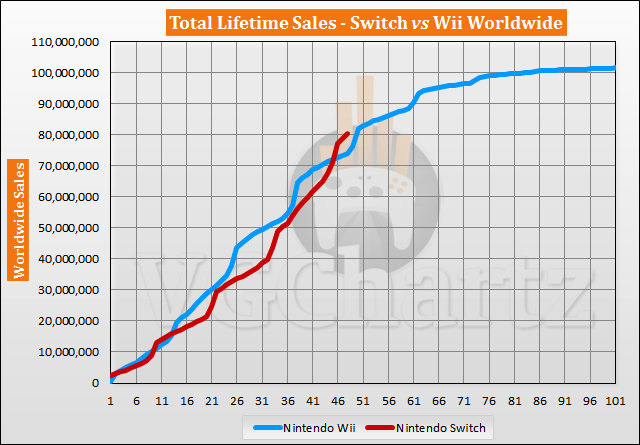 The 48th month for the Nintendo Switch is February and for the Wii it is October 2010. The Switch has sold 80.37 million units, while the Wii sold 73.86 million units during the same timeframe. The Wii sold current Switch sales in month 50.

The Wii sold 101.63 million units worldwide during its lifetime. The Switch needs to sell another 21.26 million units to outsell the Wii.

Doesn't seem like the lines are going to meet again though they should get close at the end of Wiis december. After that Switch will soar.

Switch needs roughly 1.8 milion within the next 2 month to keep the lead after Wii 2010 holiday. That will happen for sure. No way Switch will be selling less unless very very strange things happen.

Indeed should be no problem for the Switch

switch is unstoppable then add that "switch pro" its going to refresh the legz again!

From 12 million down to 6 million up. What a roller coaster year it's been for the Switch!

Just a bit more and the Wii graph becomes a straight line. That is when the party starts for real for the Switch.