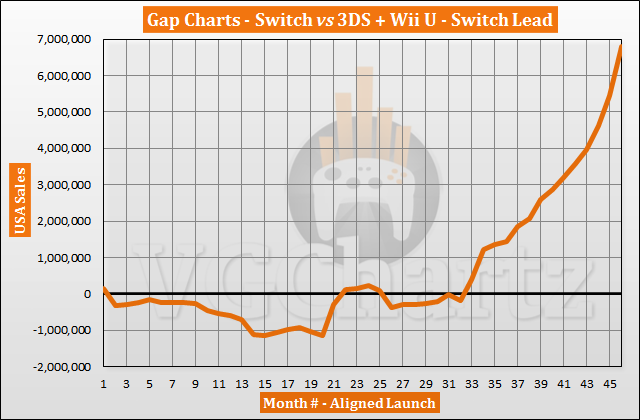 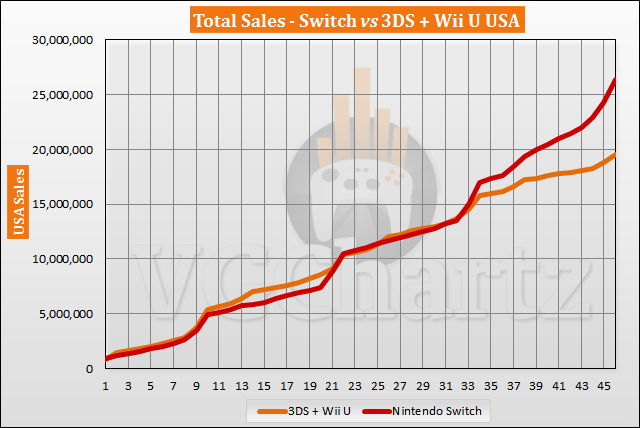 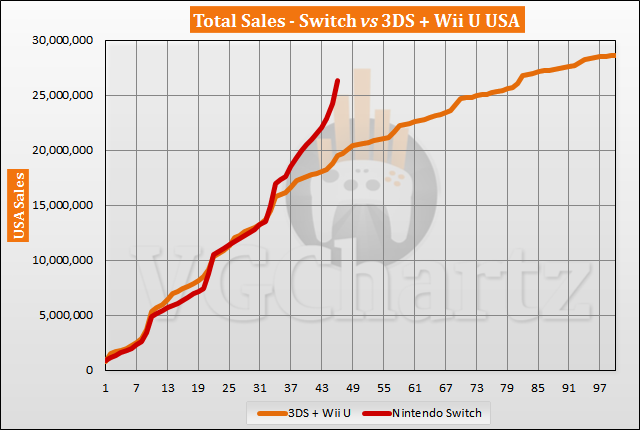 The 3DS and Wii U have sold a combined 29.27 million units in the US. The Switch is currently 2.93 million units behind. The Wii U has been off the market for a few years, while 3DS production has ended, however, the last remaining stock is still being sold.

Switch seems to be killing the other console(s) in every graph. Only one that's comparable to the Switch at this point is the DS, a system much cheaper than the Switch.

The Wii was doing mega numbers up until about month 50 in the USA, but talking globally I have to agree with you. Only Playstation 2 and DS showed more potential at the mid point in their life cycle compared to Switch.