Animal Crossing: New Horizons (NS) is up from second place to top the French charts in week 45, 2020, according to SELL.

FIFA 21 (PS4) is down one spot to take second place. Mario Kart 8 Deluxe (NS) and Ring Fit Adventure (NS is up one spot to take third and fourth places, respectively. Super Mario 3D All-Stars (NS) rounds out the top five. 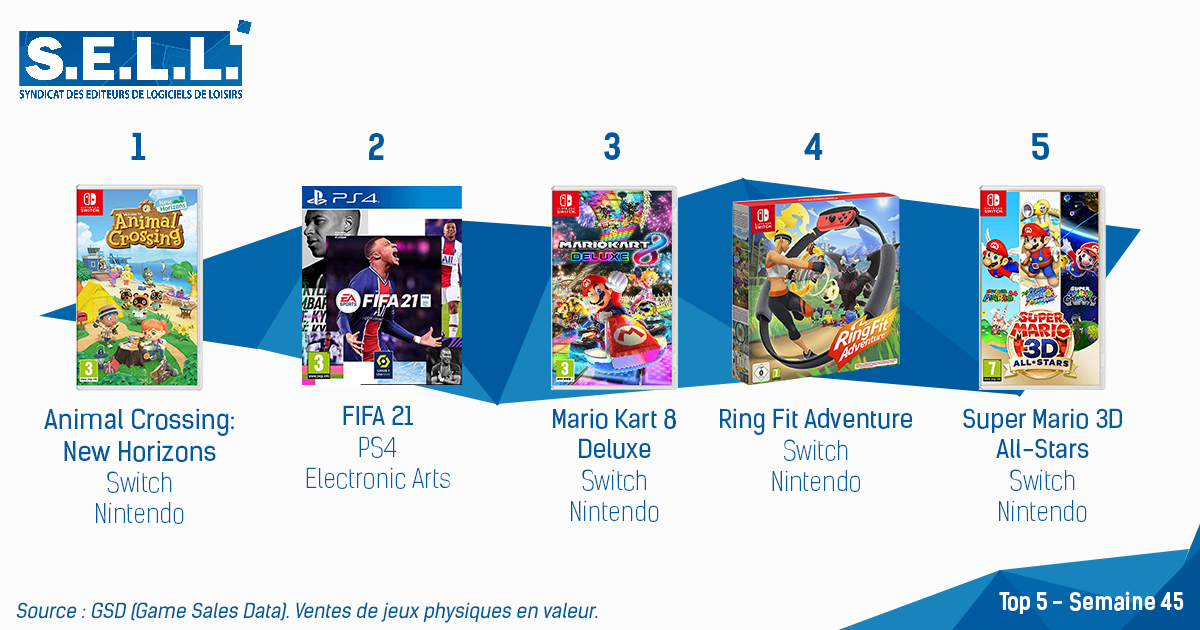