Crash Bandicoot 4: It's About Time Debuts in First on the French Charts - Sales

Crash Bandicoot 4: It's About Time (PS4) has debuted in first place on the French charts in week 40, 2020, according to SELL. 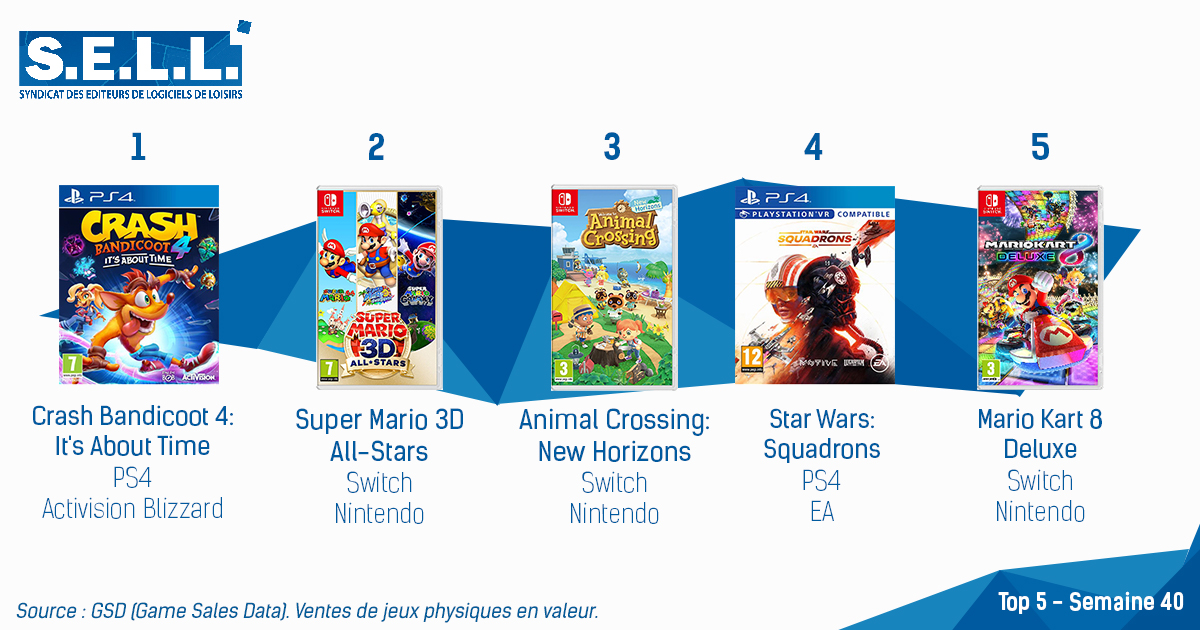 Flight Simulator seems to be doing really well on PC.