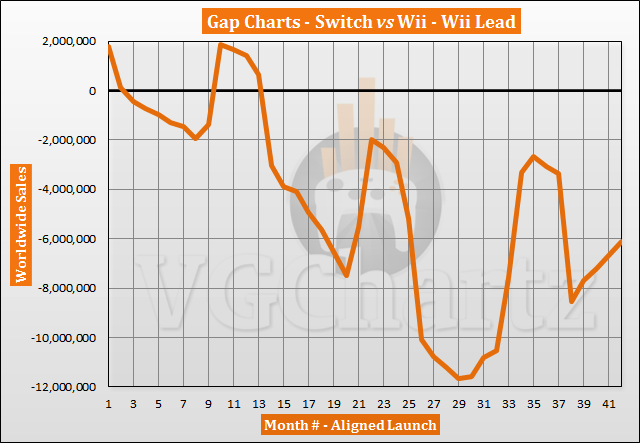 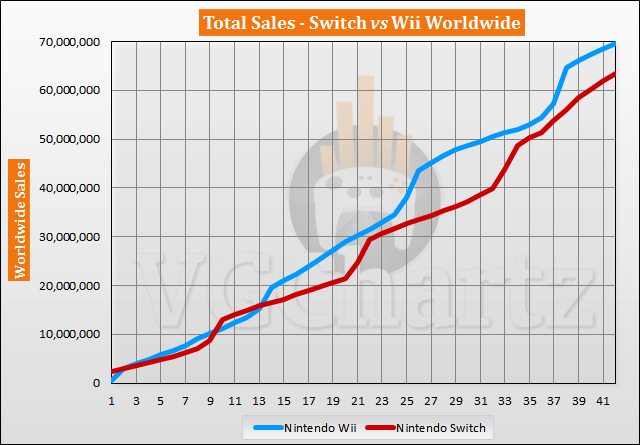 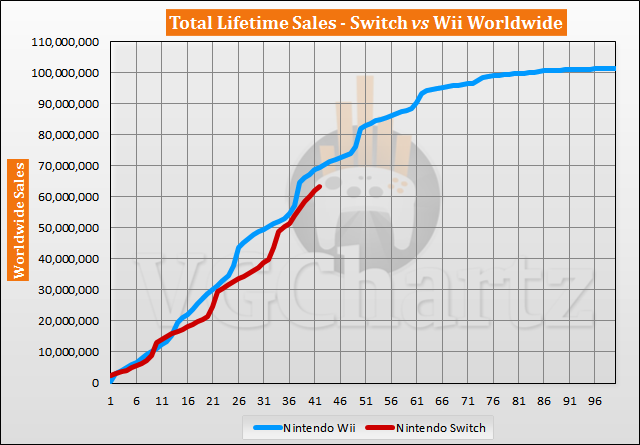 August 2020 is the 42nd month that the Nintendo Switch has been available for. During the latest month, the Switch closed the gap by 570,634 units when you align the launches of the two consoles. In the last 12 months the Switch has outsold the Wii by 5.46 million units. The Wii is currently ahead of the Switch by 6.11 million units.

The 42nd month for the Nintendo Switch is August 2020 and for the Wii it is April 2010. The Switch has sold 63.40 million units, while the Wii sold 69.51 million units during the same timeframe. The Wii sold current Switch sales in month 38.

I had a feeling the Switch would eventually beat the Wii.. I didn't think it would make up ground like this in 2020. It might actually pass it come the holidays!

Switch progressing incredibly well. A big boost will be coming with the next months. Might be able to catch up temporarily (and take it back mid 2021 for good).

Strike that "might" and replace it with "will". The lead of the Wii is way too small now to stay ahead during the Switch's holiday season.

The Wii will then pass again with it's own holiday season, but only for 2-3 months before the Switch takes over for good.

So in last 12 months Switch almost halved the gap.