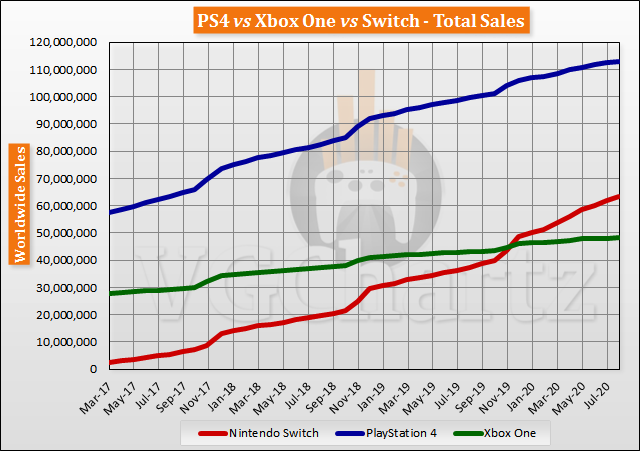 Looking at the total sales of the PlayStation 4, Xbox One, and Switch through August 2020 shows the PS4 is currently ahead of the Switch by 49.56 million units and ahead of the Xbox One by 64.74 million units. However, the Switch has outsold the PS4 monthly for over a year now. 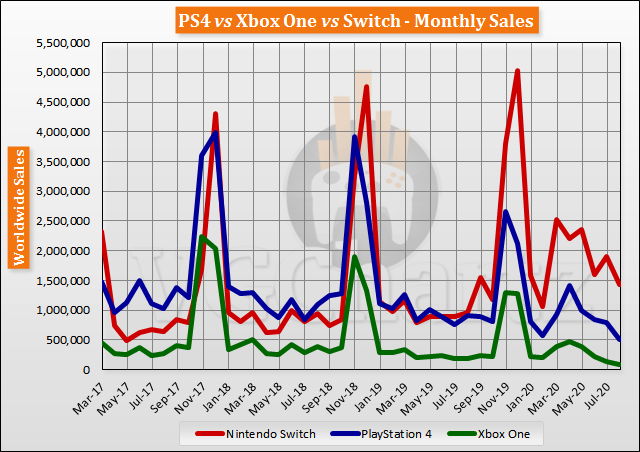 Looking at the marketshare, the Switch managed to achieve 70.3 percent of the monthly sales. The PlayStation 4 accounted for 25.2 percent of the consoles sold, and the Xbox One 4.5 percent.

Xbox One seems to be really down.

Maybe Microsoft will get lucky with Xbox SX.