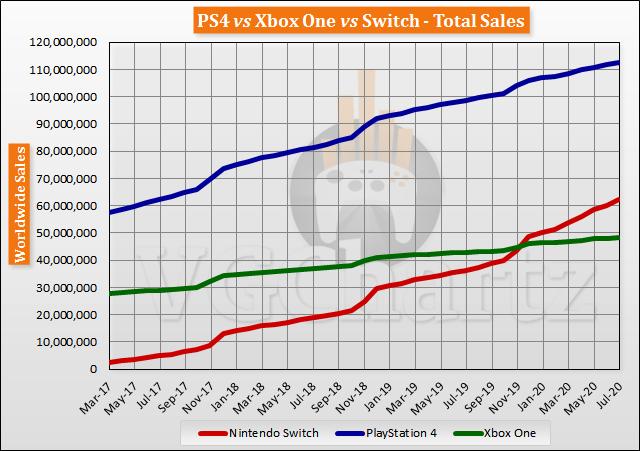 Looking at the total sales of the PlayStation 4, Xbox One, and Switch through July 2020 shows the PS4 is currently ahead of the Switch by 50.42 million units and ahead of the Xbox One by 64.19 million units. However, the Switch has outsold the PS4 monthly for over a year now. 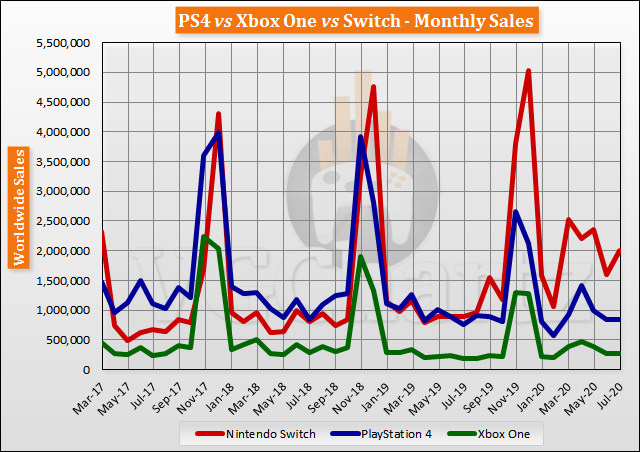 Looking at the marketshare, the Switch managed to achieve 64.5 percent of the monthly sales. The PlayStation 4 accounted for 27.0 percent of the consoles sold, and the Xbox One 8.5 percent.

look how crazy this year has been