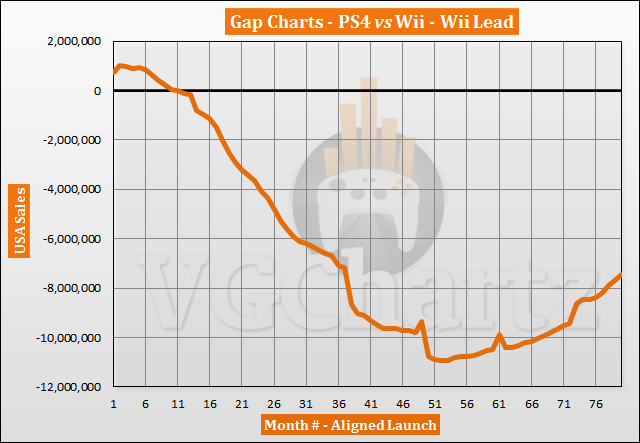 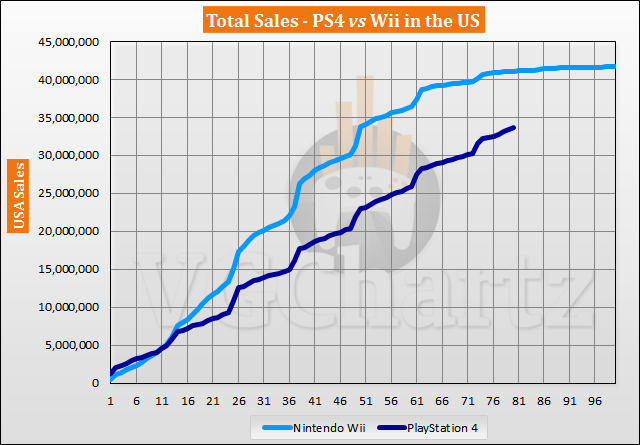 The Wii sold units 41.70 million lifetime in the US, therefore the PlayStation 4 needs to sell another 8.06 million units to catch up to the lifetime sales of the Wii.

I imagine the PS4 will have a much longer life in the US than the Wii did. I’m not sure it’ll surpass it, but it’ll definitely come close. Especially when Sony finally does that permanent $199 price

ps4 launch aligned: you can't beat me
wii: I know, but he can
switch launche aligned