June 2020 was the biggest month for Sea of Thieves with over 3.3 million active players. This was helped by the release of the Steam version of the game, which has already sold over one million units and continues to be in the top-sellers list on the digital platform.

"On behalf of all of us at Rare, I’d like to say a big thank you to everyone who’s ever played Sea of Thieves for helping to get us this far," said Rare producer Joe Neate. "It’s a game that we love making, and there’s plenty more to come. See you on the seas." 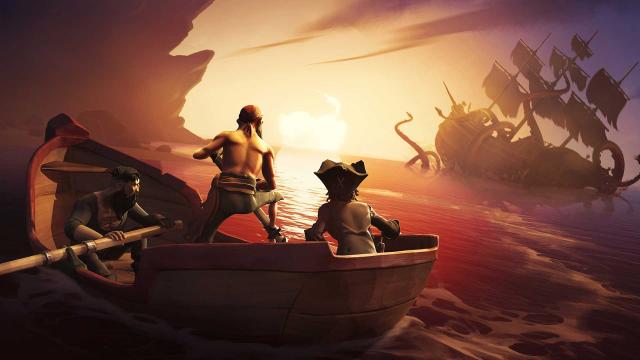 Sea of Thieves is available now for the Xbox One and Windows PC via the Microsoft Store and Steam.

So is it safe to say that this is Rare's most successful game ever?

I would imagine something like Donkey Kong Country still holds that title. Maybe it will become their most successful original IP though. Also, its quite an achievement for a studio to have popular content from 8/16 bit era and now.

This game was also very successful before it came to Steam. The only game more popular than it on the Windows Store is Minecraft. It may lose a spot to Flight Simulator. MS is doing pretty well in PC gaming it seems.

Glad it's done well after the shaky start. I never do like the 'total players' news releases though but I guess player numbers totals, regardless of if they still play it sounds more impressive.

How many people actually bought the game instead of playing it for $1 on gamepass?

In April 2019, Microsoft said that it was about 50/50 sales/Gamepass. Assuming that ratio has held true over the last year, we're looking at around 7m sales most likely.

Steam isn't GamePass so there is 1m sales alone just from Steam.

@TheLegendaryBigBoss, Well, if millions of people decided to use their $1 month trial to play SOT instead of playing others like Witcher 3, GTA V, RDR2, Monster Hunter, Devil May Cry, Metro, etc, etc. I guess that says a lot about SOT, don't think?

Since it's one of the bet selling games on Steam since release I guess it's safe to say that it also sold good on Xbox and Windows store. And not everyone has Gamepass for 1 buck, lol.

People seem to think every 1st party game has great activity because staying subscribed only cost $1.

Sea of Thieves has been a hit for years now. At some point its time to acknowledge the game is successful.