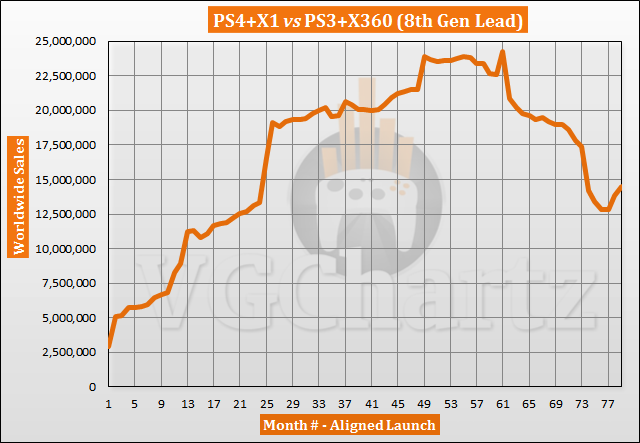 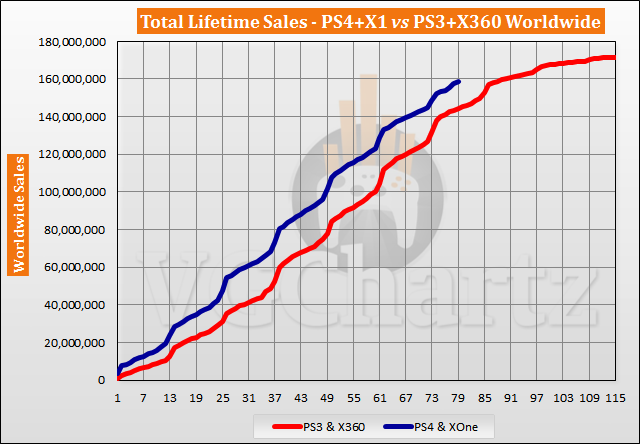 Honestly, two years ago I have thought that PS360 would win this battle easily. Now it seems that PS4XBO should win. Actually PS4 does it almost alone currently.

Easily surpassed by PS4 & Xbox One in a couple of years.