FIFA 20 was the best-selling game in Germany in December 2019, according to the German association for video games. The game climbed up three spots from fourth to first. Luigi's Mansion 3 (NS) jumps five spots to second, while Star Wars Jedi: Fallen Order is up two spots to third.

Mario Kart 8 Deluxe (NS) climbed five spots to fourth, while Call of Duty: Modern Warfare is up two spots to fifth. Pokemon Sword (NS) drops from first to sixth in its second month, while Pokemon Shield (NS) falls down to 12th. 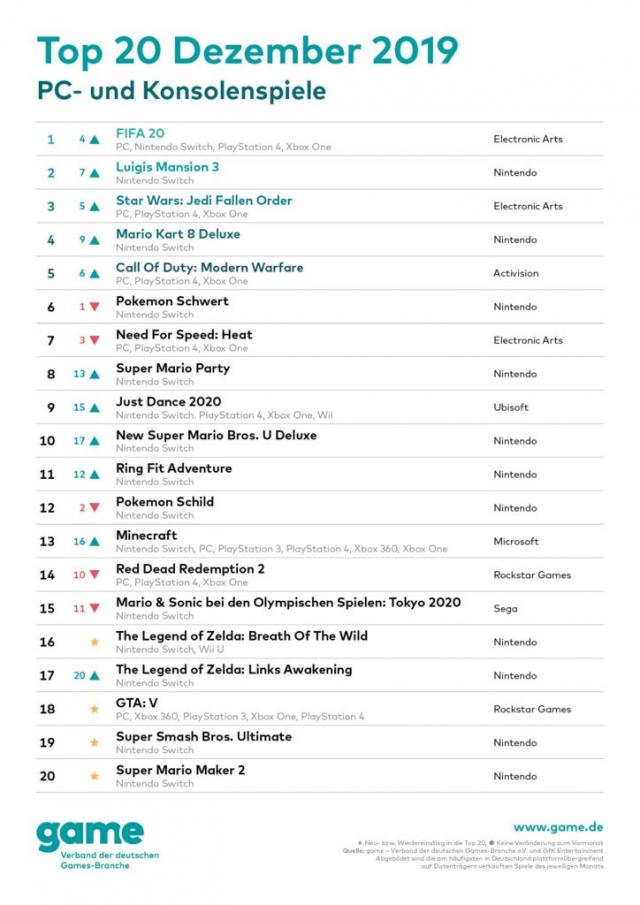