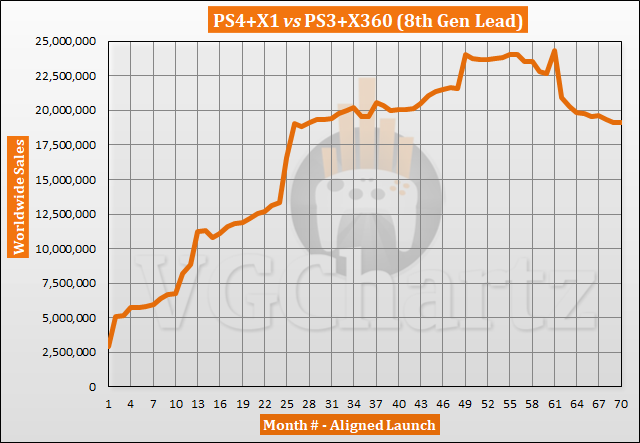 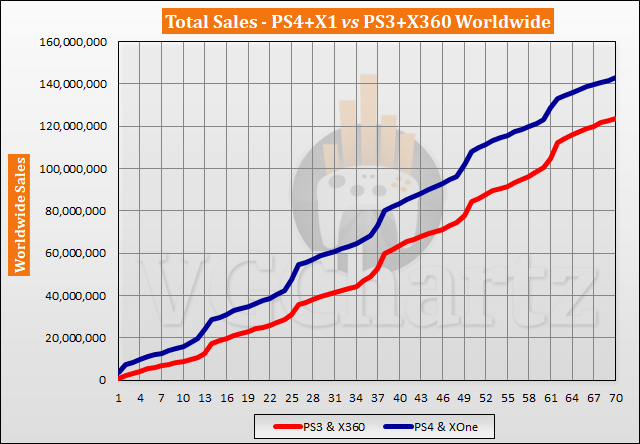 We should see a cross in about 2 years, if PS4 is not able to sell 130M lifetime.

If the PS4 and X1 are still ahead if the PS5 and X2 launch, I would still call it a win. Total sales are not the only thing that matter its also about how fast you can sell them and seventh gen simply had more time to sell. Even if the 8th gen twins get outsold by their 7th gen counterparts they will still be much more profitable.