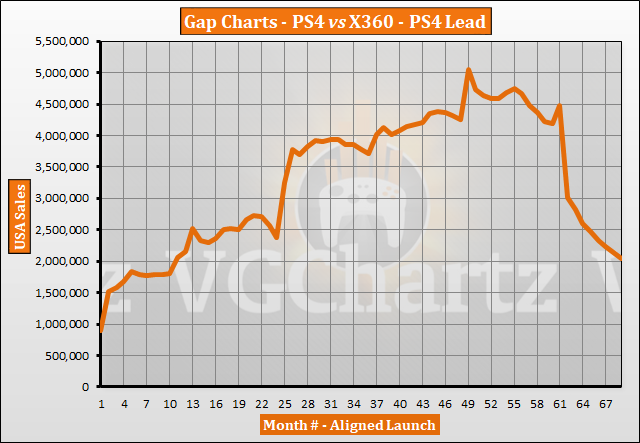 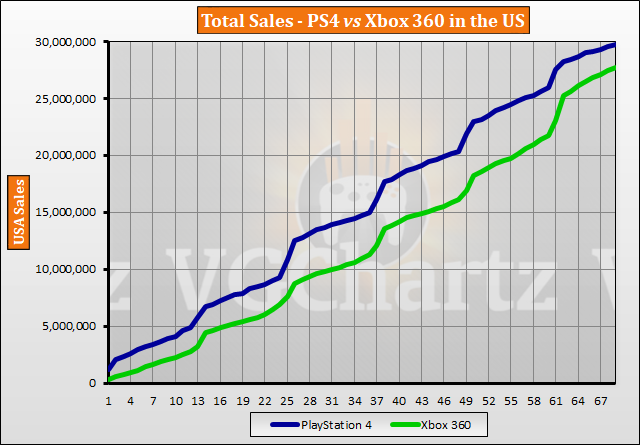 Shockingly close race in NA, the 360 is going to start closing up the gap for the remainder of the year.

It already started from the beginning of the year ..

The title says PS4 vs 360, but the graphs are for the Xbox One comparison.

Graphs have been fixed. I accidentally uploaded the wrong ones. Thank you for pointing it out.

The only way Sony could compensate this is a PS4 Super Slim for a very good price. Not impossible that it will be released this holiday season. PS3 Super Slim was released one year before PS4 launch.

@siebensus4 not only this. Every single slim or super slim revision on PS consoles after PS2 has been released exactly 3 years apart from each other, and also 1st slim is 3 years after the launch just like PS3 and PS4, so every 3 years you get new slim version from sony on every home console from them. So 2016 was the PS4 slim, now is PS4 super slim probably this or next month it have to be.