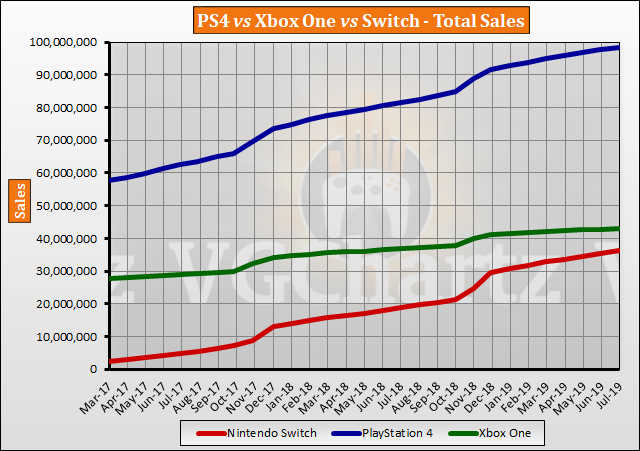 Looking at the total sales of the PlayStation 4, Xbox One, and Switch through July 2019 shows the Nintendo Switch continually to close the gap with the Xbox One. The Nintendo Switch is currently on track to surpass the Xbox One by the end of the year and is now less than seven million units behind. The PlayStation 4 is also on track to surpass 100 million units sold to consumers in the next few months. 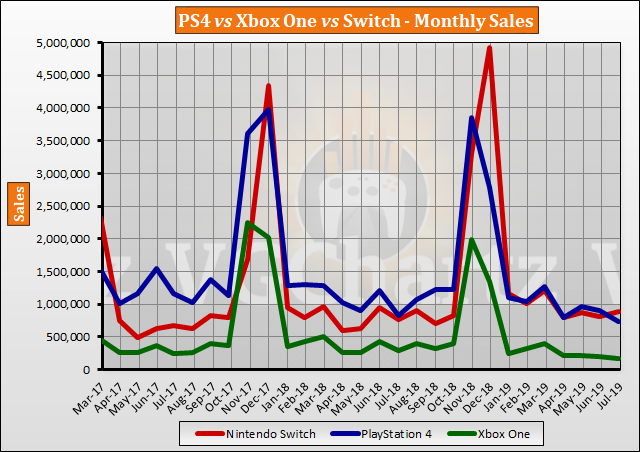 Taking a look at the marketshare, the Switch managed to achieve 50 percent. The PlayStation 4 accounted for 41 percent of the consoles sold, and the Xbox One just nine percent.

Switch seems is going to have a crazy route this year as well! New games, new IPs like Astral Chain, Bravo Switch!

Switch is gonna outsell Xbox One by March 2020 lmao.

By end of 2019. By December the difference should shrink down to around 3mil. And that's without accounting for extra sales from Switch Lite.