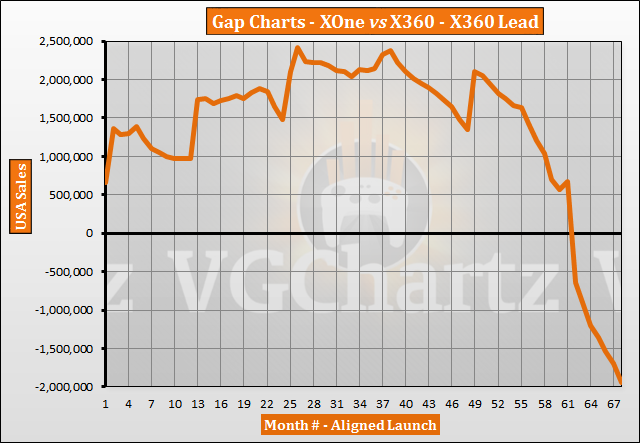 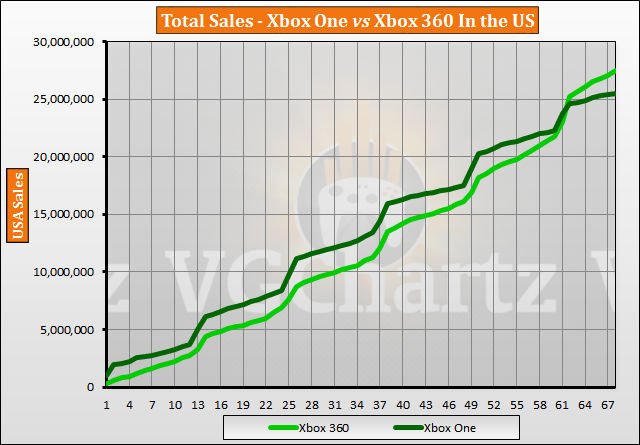 Note: Xbox 360 currently leads by 12.61 million units worldwide when you align the launches.