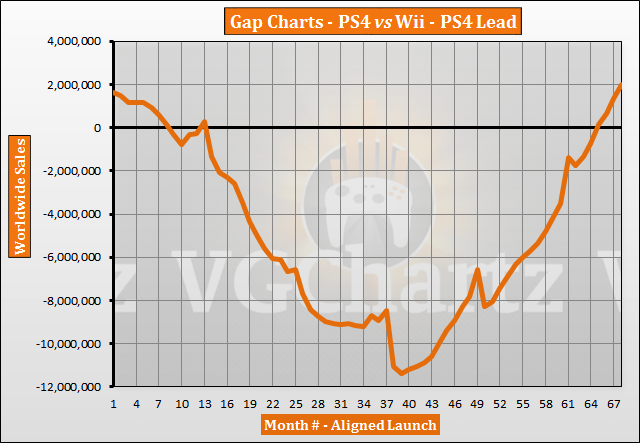 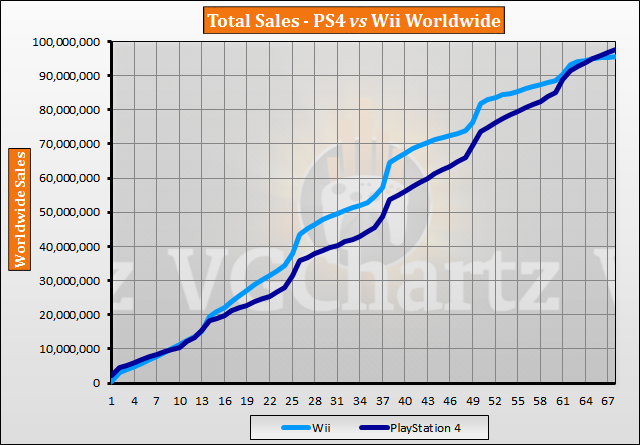 wow it reached the point where Wii fell off the cliff

I think the first chart's name is wrong.

Wasn't the Wii supposed to be dead long before this? PS4 is winding down but the Wii is still up there!

At this point Wii has just 6m sales left in it. PS4 has at least another 20m. PS4 is winding down, Wii hit a brick wall.

PS4’s progress up this point has been more gradual; Wii had some legendary sales in its first few years, but then fell off.

Yeah, by the end of 2010 Wii had sold over 80% of it's lifetime sales. While the PS3 had sold around 53%. It really was very front loaded. In that regard only the WiiU and Vita can rival it.