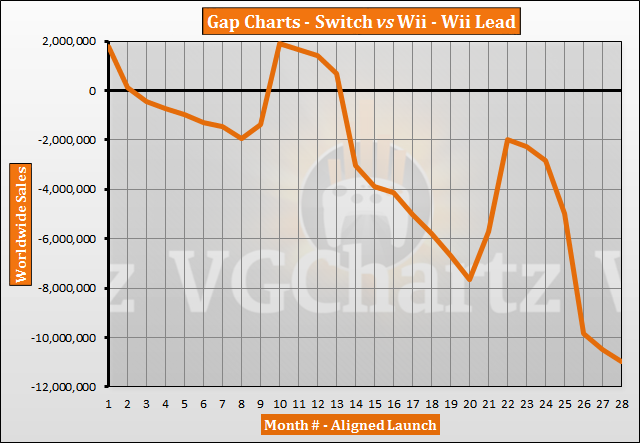 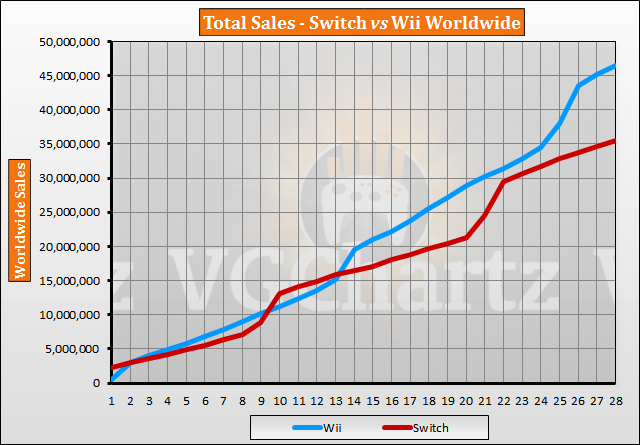 This will become very interesting after the launch of the Lite

Switch hasn't shown its teeth yet... Lets see the switch lite, and if next year we have a truly "pro" switch...

Would be very interesting to see a break down by region :-)
In Japan Switch should have overtaken Wii launches aligned, shouldn't it?

Well, Wii is a monster. When is the point reached where the Wii-momentum dried up?

So, a bit more than a year to the turning point.

The Wii was one of the greatest of all time in terms of console sales. It even took the PS4 some time to match it and now obviously pass it. I do not see the Switch matching the Wii though. It will post respectable numbers though.