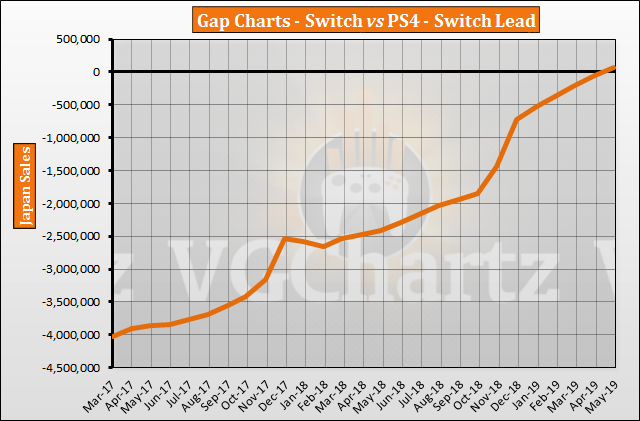 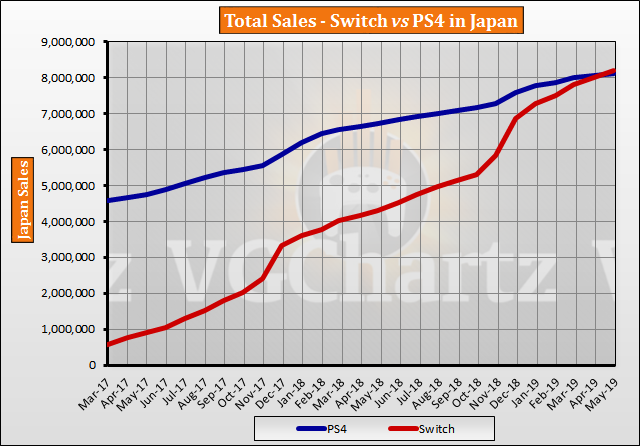 It was done before it was done.

And there it is!
Adios PS4.
Now let's move on to bigger targets.
PSP, and 3DS comparisons when?

I'm not sure if there is data on the PS2 in Japan. Not on VGC the last I checked. Hence why I went with the PSP and 3DS instead.

The difference is less than 100k units at the same point in their life.

The damn comments section has something against links. Maybe my earlier submission pops up at some point because it has happened before.

In any case, what I was saying is that the PS2 and Switch can be perfectly aligned due to their launch dates and that the two consoles are within 100k units at this point of their life; the PS2 currently leads.

Checked back today to see if my ghost comment from yesterday popped up, and yes, it did. This website's code is an enigma.

The Switch might actually double the PS4 in Japan.

Double is easy. It will likely do at least triple.

Doubling the PS4 sales in Japan is pretty much a given now. The question is more, if it can triple that, which would put it close to DS and 3DS in Japan.

(wish I could edit!) 3DS sold about 25M until now, and the DS sits at 33M. I expect the Switch to land somewhere in between those two.

It should do, Even the 3ds managed to double the Wii. Handhelds dominate in Japan.