My Friend Pedro from @deadtoast_com has sold 250,000 units in its first week and we’re celebrating with a charming Behind the Schemes video!https://t.co/wBCrV8ayMu pic.twitter.com/aT5ryTo4Lv

My Friend Pedro is a violent ballet about friendship, imagination, and one man’s struggle to obliterate anyone in his path at the behest of a sentient banana. The strategic use of split aiming, slow motion, and the ol’ stylish window breach create one sensational action sequence after another in an explosive battle through the violent underworld.

My Friend Pedro is available now for the Nintendo Switch and Windows PC.

Didn't know this was only Switch / PC for the time being, Devolver Digital must be doing well in the eshop market.

Good to hear that the game is doing well. It's quite fun and unique.

I got it already, but i still need to finish other games :-P. 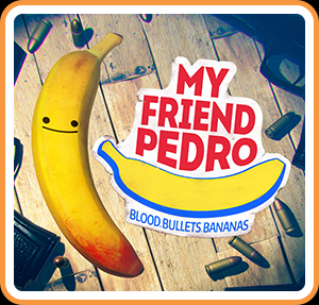