Call of Duty: Black Ops IIII (PS4) has topped the French charts in week 24, 2019, according to SELL. Days Gone (PS4) is up one spot to second, while Mario Kart 8 Deluxe (NS) drops one spot to third. 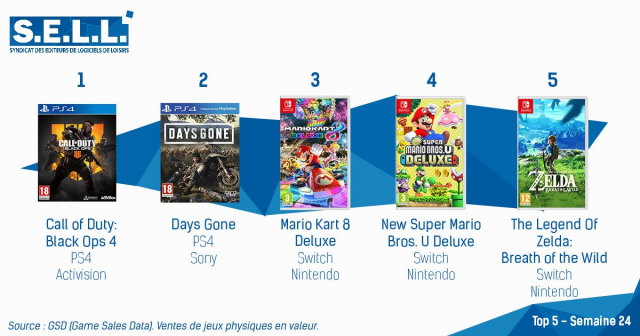