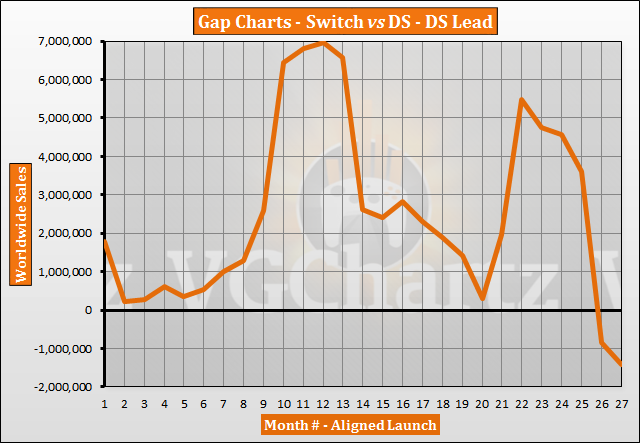 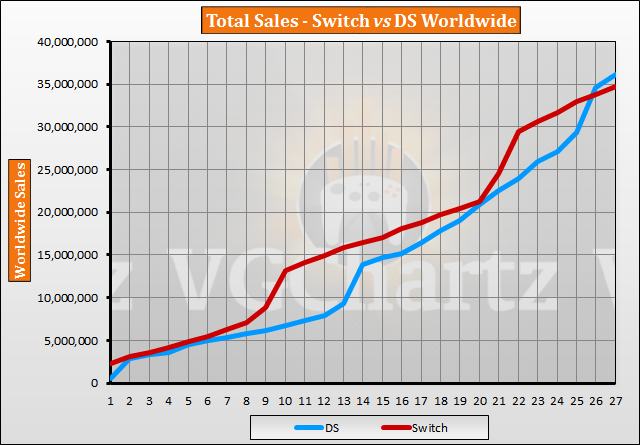 May 2019 is the 27th month that the Nintendo Switch has been available for. During the latest month the gap grew in favor of the DS by 574,368 units when compared to the Switch during the same timeframe. In the last 12 months the DS has outsold the Switch by 3.84 million units. The DS leads by 1.42 million units.

Wow, had no idea that the Switch was ahead for most of this! I didn't think this would be an interesting matchup, but I'll keep an eye on it now!

Switch is still able to resume the lead during it's next holiday season coming months 33/34.

Mmmm, not so sure about that. The DS is about to sell 59 million in the next 23 months. Even out of the holiday season, its lead will bulge significantly.

After a year and a half on the market, the DS was rocketed into the stratosphere by the release of the DS lite.

If the Switch is so see any similar take-off, we need new models NOW!

The gap between DS and Switch won't be as big as people expect once Switch mini gets released.