Rage 2 Debuts at the Top of the French Charts - Sales

Rage 2 (PS4) debuted at the top of the French charts in week 20, according to SELL. 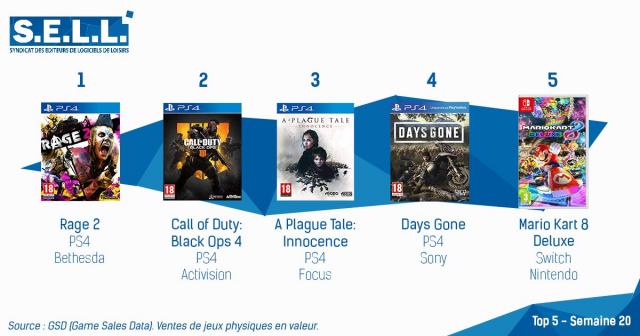 How about instead of having a news article for every single country's charts, we have a single news article the week after a game has been released in most countries. Or a weekly list of all countries charts? Spamming the news section like this is really annoying.