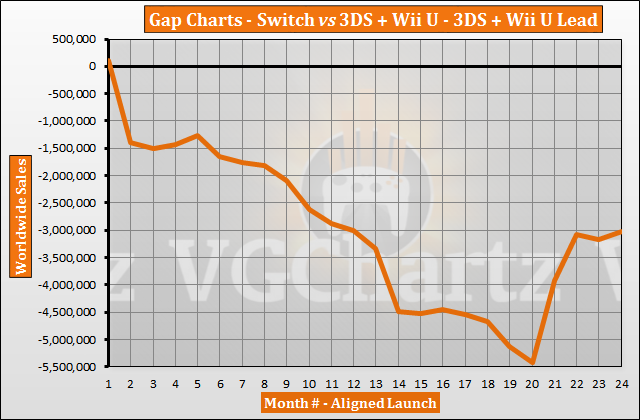 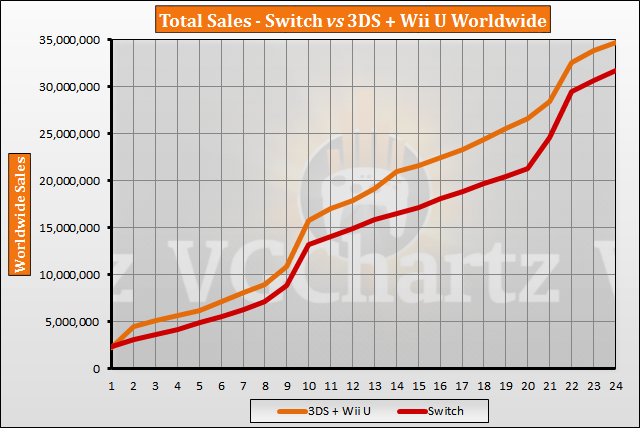 The 3DS launched in February 2011 (however, 3DS sales have been aligned to March 2011, since it only launched at the end of February in Japan), the Wii U launched in November 2012, and the Nintendo Switch launched worldwide in March 2017. The Switch has sold 31.69 million units, while the 3DS and Wii U have sold 34.71 million units during the same timeframe.

I would be interested in 3DS + Vita vs Switch, since Switch is the only current handheld now.

Would look very similar. Vita didn't really sell more per year, but over a longer time than the Wii U, and their totals are still pretty close.

I think the most correct challenge should be: WiiU+3DS vs 3DS+SW, 3DS is spreads on the two

Maybe the Switch will also replace the 3DS this year. Then it's the successor of WiiU and 3DS. But currently it officially only replaces the WiiU, that's true.