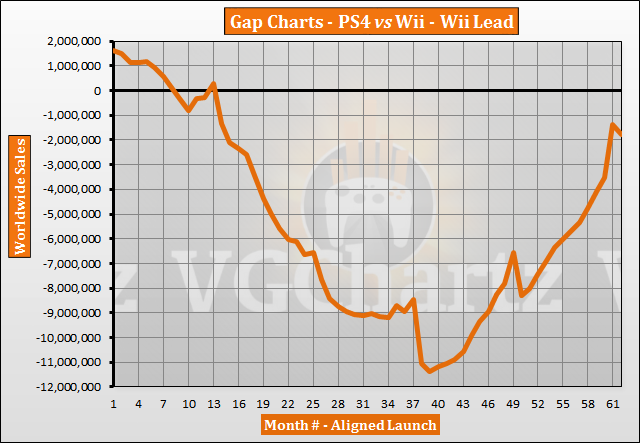 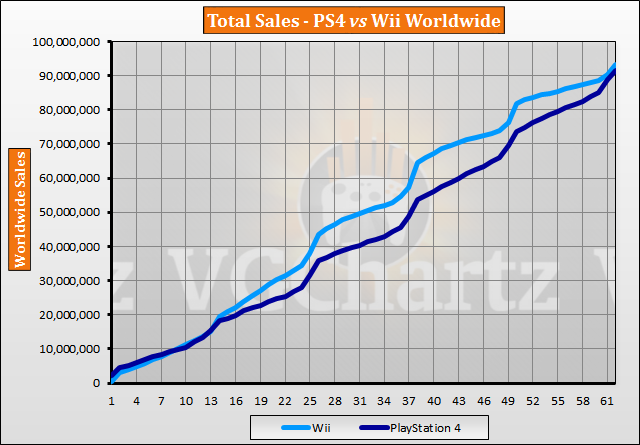 December 2018 is the 62nd month that the PlayStation 4 has been available for. During the latest month the gap grew in favor of the Wii when compared with the PS4 during the same timeframe. The gap increased by 388,000 units in the last month. However, in the last 12 months the PlayStation 4 has closed the gap by 6.52 million units. The Wii currently leads by 1.77 million units.

Wii is about to flat line

That was probably the last fight which the Wii won against PS4.

Overtake the wii by the middle of the year perhaps!

Wii sells about 5 million I think in 2012. So I think it should take till about the middle of the year till the PS4 finally overtakes it. Wii stayed ahead for about 5 and a half years. Not bad.

2 or 3 months to pass, maybe at end of fiscal year.