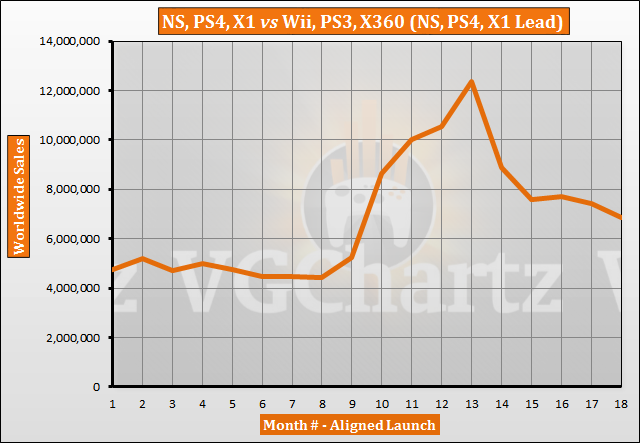 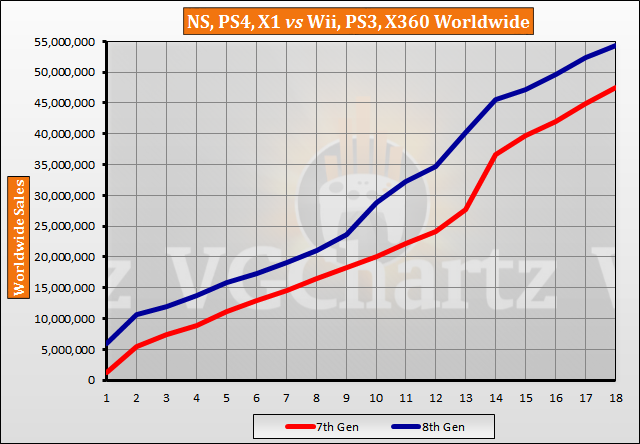 The last generation of consoles sold a combined 274.35 million units during their lifetime, while the Switch, PS4 and Xbox One has sold 142.04 million units through August 2018.

We keep saying this every month and they keep putting these fucking charts up. The Wii U exists! People can't just pretend it was never released. These charts need to be adjusted to reflect that. It's fucking pathetic that these articles keep going out every month without accurate info.

Why would a tablet peripheral for the wii have it's own chart. o_O

Three years and four months apart is not a gap unheard of. The Neo Geo and the PC engine released four years apart in the same generation.

Switch will be next gen as soon as PS5 and neXtbox arrives. I think we then see articles which compare PS4, Xone and WiiU with PS5, neXtbox and Switch.

haxxiy, the Neo Geo and Turbografix-16 released only a year apart in North America. The different regioins like Japan and the US were very out of sync for early console releases at that time. So generations during this time were reckoned according to North American release dates.