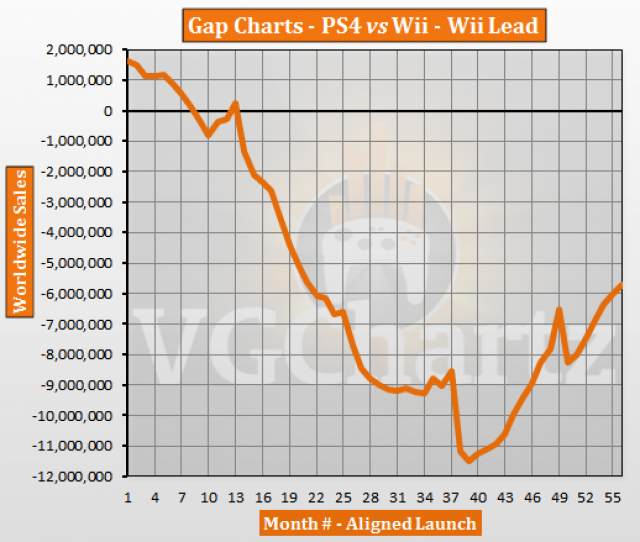 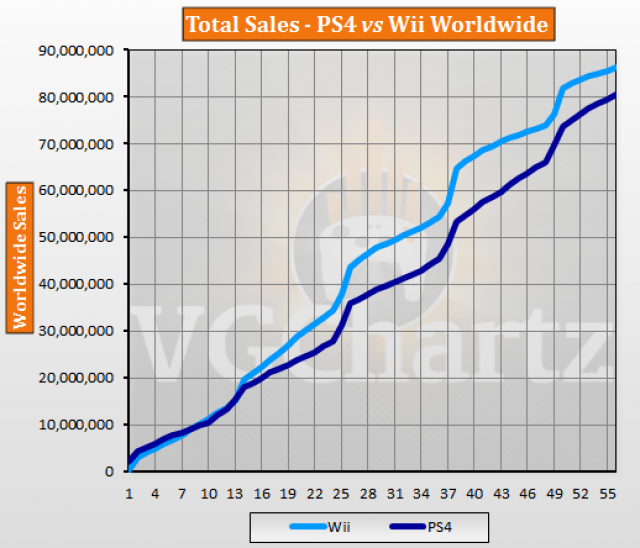 June 2018 is the 56th month that the PlayStation 4 has been available for. During the latest month the gap grew in favor of the PS4 when compared with the Wii during the same timeframe. The gap decreased by 346,195 units in the last month and by 4.27 million units in the last 12 months. The Wii currently leads by 5.69 million units.

OMG, the ps4 is about the take the WII which was considered a cultural phenomenon. that is a massive achievement

Wii's sales are a bit backloaded towards the holiday, so it may be able to hold off till the end of the year.

Last year PS4 sold 20.2 million for the full year. If it remains down ~15% for the full year than it will likely sell ~17.5 million this year which would bring its total to around 91 million.

Wii's sales are a bit backloaded towards the holiday, so it may be able to hold off till the end of the year.