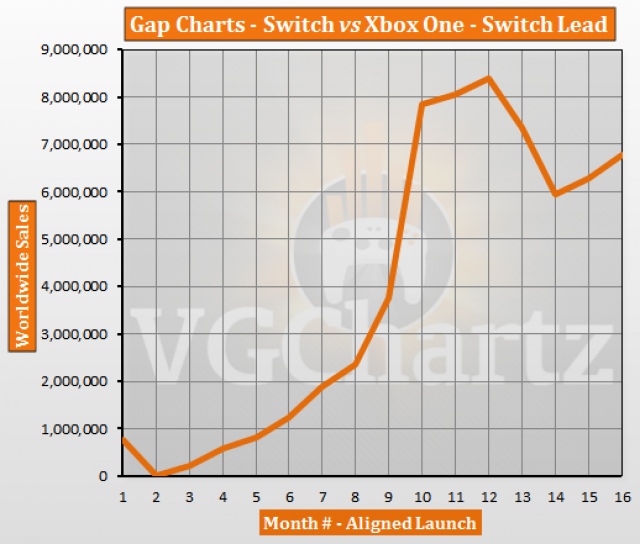 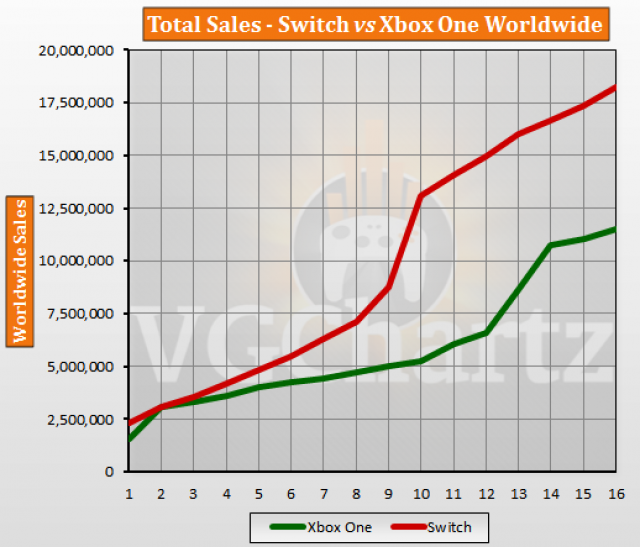 Switch will catch up to the XBOX ONE fairly soon. Already almost half of the lifetime sales.